You can count on Beyoncé to document her own moments. While cameras flashed on Sunday, July 14, when the Queen and the Duchess of Sussex had their first meeting – fans were shocked to find out that the Formation singer had her own personal photographer capture the special moment. Bey took to her social media to breakdown the memorable day and share some never-before-seen snaps. Of course, the photos of the Queen and the Duchess’ meeting were seen around the world, but Bey stunned fans when she shared the most precious moment from a different angle. The first photo in the series of throwbacks shows Meghan and Beyoncé gazing at each other. 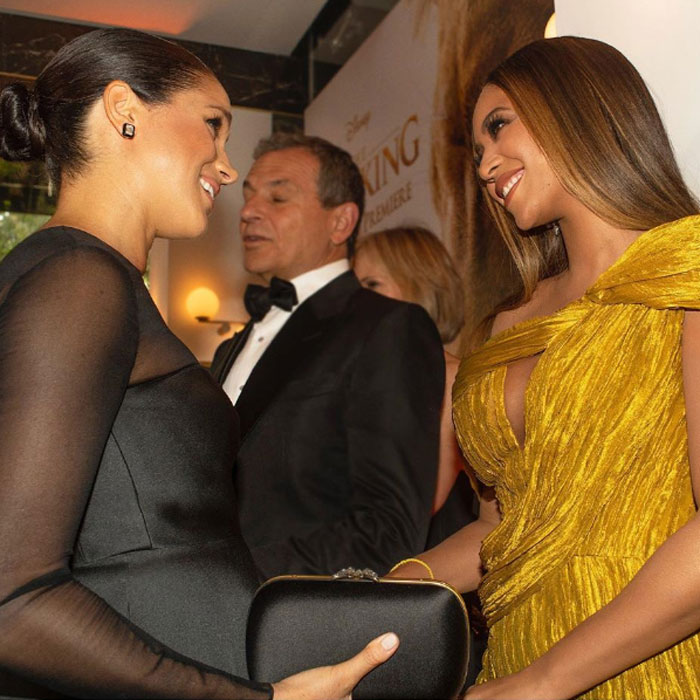 Bey also shared a picture from the moment when she met an excited Prince Harry, who greeted her with a hug and two side kisses. There was also a photo of her similar encounter with Elton John from inside the theatre. The Beyhive and royal watchers were anxiously waiting the for the special moment and weren’t disappointed. After paying special homage to Archie Harrison’s mother during Black History Month, Beyoncé finally had the chance to meet Meghan. After waiting patiently for her time, the Lemonade singer expanded her arms and said “my Princess” when Meghan approached her.

ROYAL INTRODUCTION: ALL THE BEST PICS FROM BEYONCE AND MEGHAN MARKLE'S FIRST MEETING

The Duchess was equally excited to meet the musician. Beyonce took the moment to tell Meghan how much her family loves hers and tell her “Your baby is so beautiful.” During the chat, which also included their husbands Prince Harry and Jay-Z, the pair also chatted about their children. Harry, 34, shared with the duo that their son Archie Harrison has hit a major milestone. Jay, who shares seven-year-old Blue Ivy and twins Rumi and Sir with Bey, dropped some knowledge for the royal parents. “The best advice I can give you, always find time for yourself.” 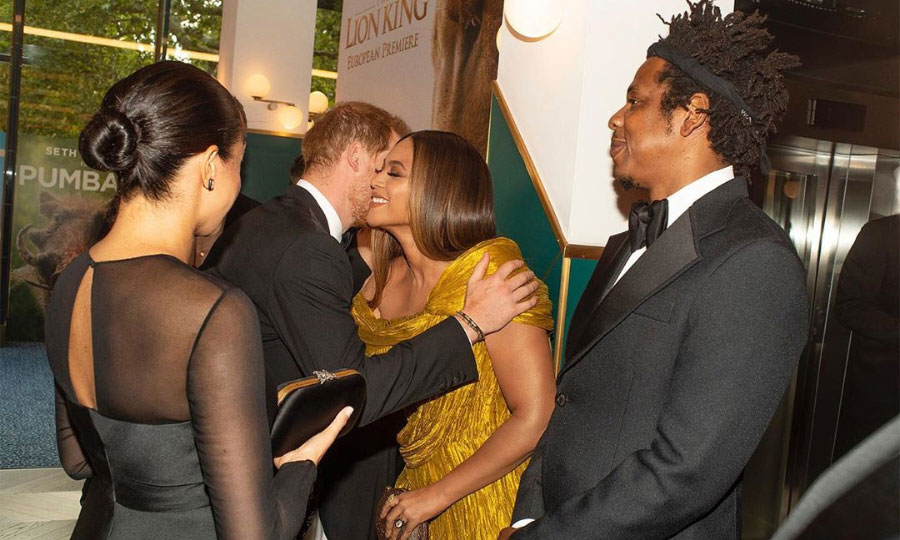 MORE: Everything that happened on (and off) the red carpet during the Lion King UK premiere

While the King of hip-hop and the Queen had smooth introductions with the royals, a few other members of the Lion King cast weren’t so sure how to react. Seth Rogan opened up about the rules that were given, ahead of their meeting with the royal pair. “You’re given a lot of protocol to follow which is unusual,” Seth said during an appearance on the UK’s This Morning. “Respect their personal space. They’re the only people I’ve met who come with protocol so that was interesting. And then I think what we were trying to gauge is how many people were following the protocol and how strict the protocol is.”