Maluma and girlfriend Natalia Barulich are keeping their relationship hot this summer with a romantic getaway. The couple was spotted packing on PDA during at day at sea in Formentera, Spain. The Colombian artist and model, who were joined by friends, were photographed kissing on board a luxury vessel on Wednesday, July 3. 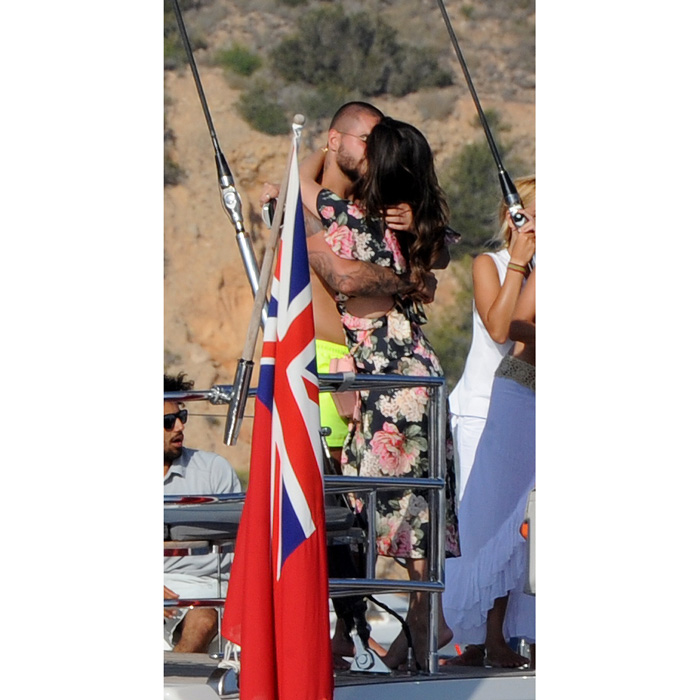 The La Respuesta singer had his tattoos on display, simply wearing a pair of vibrant neon green swim trunks, while Natalia, 27, donned a summery floral printed dress for the outing. Maluma, 25, shared a snapshot of himself on board the boat, which he jokingly captioned: “Bebe necesita capitán?” (translates to: “Does baby need a captain?”).

While on the vessel, the loved-up couple also reenacted the iconic Titanic scene, standing together on the bow of the boat. “Titanic remake. Thank you for this beautiful anniversary surprise mi amor,” the video clip read. Maluma and his girlfriend recently celebrated their two-year anniversary, which Natalia celebrated on June 24.

Following their PDA-filled day at sea, the couple traveled to Ibiza, where Maluma performed on Thursday, July 4. Natalia documented the concert on social media. Sharing a video of the singer’s performance of Hola Señorita, the model revealed that she taught her boyfriend one of the words in the song. “Over here taking credit for teaching this boy the word ‘scrumptious,’” she penned. 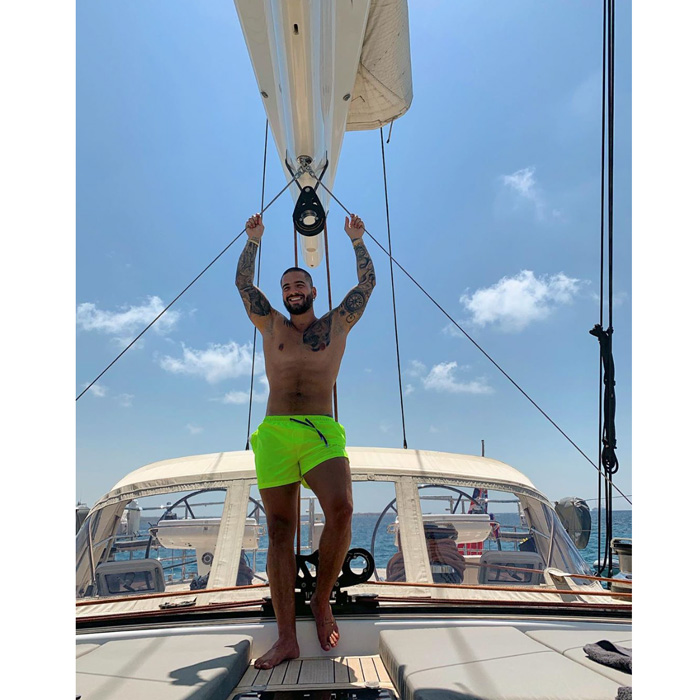 On Friday, the couple’s anniversary celebrations continued in Ibiza, as Maluma showered his love with a long trail of rose petals and pink balloons. Natalia shared footage of the romantic gesture with her followers, noting: “The world’s most celebrated anniversary.”