Good morning, Charlie! The new trailer for Charlie's Angels has finally arrived and it does not disappoint. The reboot, which stars Kristen Stewart, Aladdin's Naomi Scott and newcomer Ella Balinska, sees a new set of ladies stepping into the shoes f the iconic trio of beautiful and fierce spies. As expected, there are a lot of weapons, wigs and wardrobe changes. 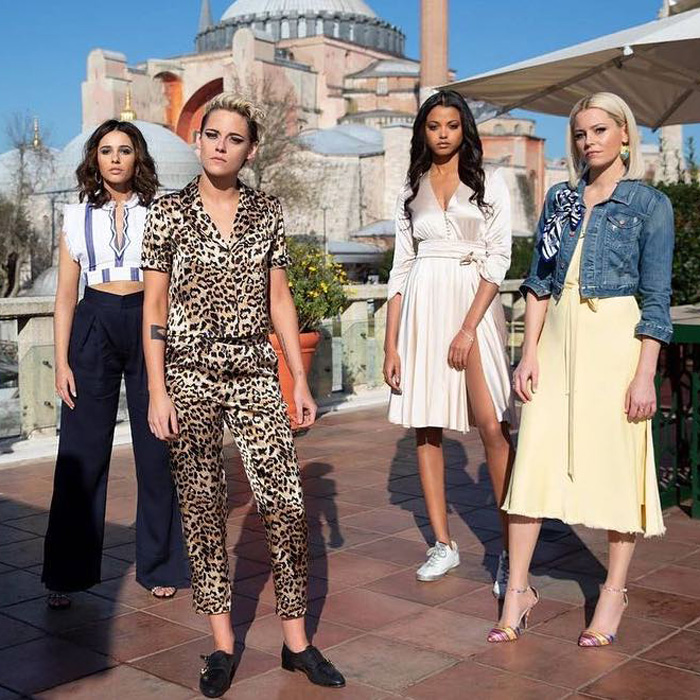 The new Charlie's Angels trailer stars a new trio of ladies who have killer looks and moves Photo: @charliesangels

The trailer begins with Kristen, who plays Sabina Wilson, wearing a blonde, long wig while on a date with a wealthy businessman. “I think women can do anything,” she seductively tells him before he responds, “just because they can doesn’t mean they should.” She then savagely shows off: “But I have so many talents,” she says and proceeds to take him down with her killer moves.

The reboot sees the three ladies working with Bosley played by Elizabeth Banks (who wrote and directed) the film as part of a top-secret agency that has gone global and includes different teams of Angels taking on missions on an international level. "Welcome to the Townsend Angency," Elizabth's character says to the girls. "We exist because traditional law enforcement can’t keep up.”

The film also stars Sam Claflin, Patrick Stewart and Internet boyfriend Noah Centineo. The trailer also features a brand new theme song courtesy of three of music's leading ladies—Miley Cyrus, Ariana Grande and Lana Del Rey. It's a girl power anthem that's upbeat and inspirational. “We were inspired by Independent Women and Destiny’s Child with the last set of movies,” Elizabeth told People. “I feel really grateful that this incredible group of artists took inspiration from these films as well and felt like working together as women, and [it] thematically matched up with the exact movie that we were making.”