Carrie Underwood's 5-month old baby is a fan of her singing! The 36-year-old singer and her husband Mike Fisher had a mini singing battle at home and the judge was their baby Jacob Bryan Fisher, who—surprise, surprise—is more fond of his mom's voice. The couple's older son 4-year-old Isaiah Michael Fisher isn't pictured in the hilarious video, but we can assume his reaction is (LOL) the same as his younger bro's opinion. 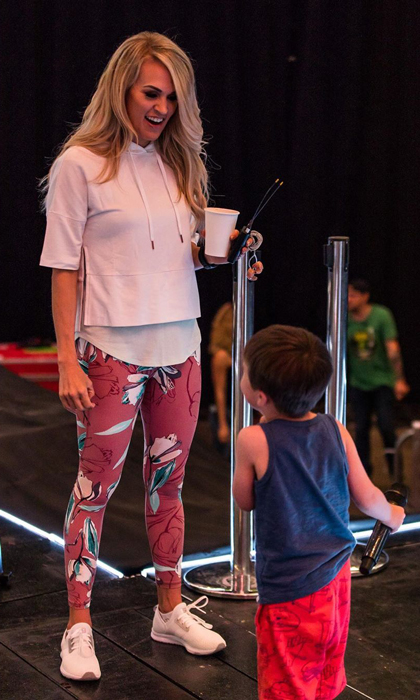 Carrie Underwood and her husband Mike Fisher had a singing competition and their 5-month-old baby was the judge Photo: @carrieunderwood

In the video posted on Carrie's social media, little Jacob is laying on the bed while his dad proceeds to serenade him with some notes. As he sings, the baby cries and cries until his mom (a Grammy-award winning artist) jumps in with a sweet tune. Jacob immediately looks over at her with big, wide eyes seemingly enjoying her voice. To Jacob's dismay, his dad starts singing again, which makes him cry even harder until his mom swoops in once more. Clearly, little Jacob is a fan of the Cry Pretty singer's voice (Sorry, Mike!).

"Everyone's a critic," she captioned the adorable video. Mike however, was quick to quip back and argue that the baby was just in need of some food. "The real reason is he was hungry and wanted your food," he replied to his wife in the comments. Again, in Mike's defense Carrie is a Grammy-award winning artist who (no big deal) also won American Idol back in 2004. 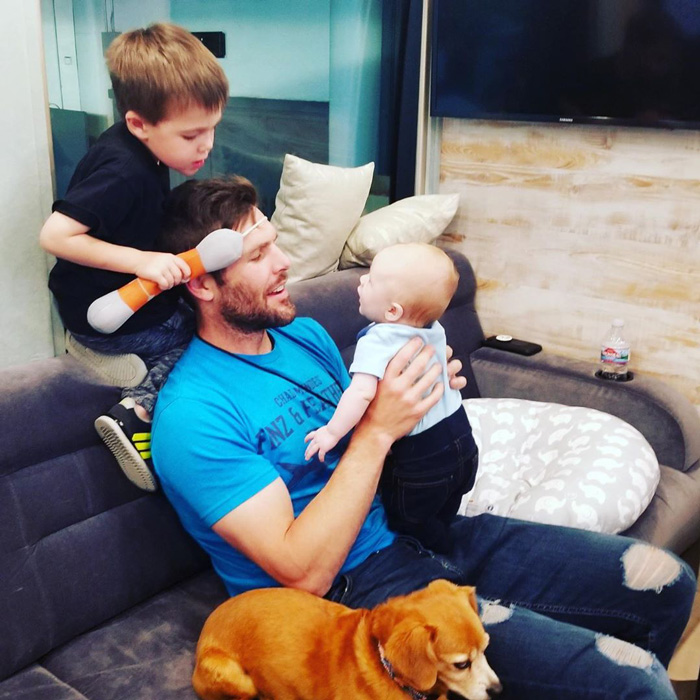 The singer, who is currently on tour, has opened up about juggling her career with family time. In every city and show, she and Mike make sure their two boys are comfortable. “We have this area where Isaiah can go and color or there are toys in there or he can read and paint, whatever he’s feeling," she shared with People. "He’s a pretty creative kid so we try to give him space to do that.”