Katharine McPhee knows how to throw a party in Mykonos! The bride-to-be, who’s engaged to David Foster took to social media to share some snaps of an epic weekend in Greece spent with her friends and soon-to-be-hubby ahead of their wedding. “Honey this is how you throw a party in Mykonos!!” she captioned. Sailing on a boat, the Waitress star is seen wearing a bold, colorful outfit made up of a rainbow tutu and a tied red shirt. The 35-year-old channeled the ‘80s with bright accessories including a pair of neon mesh gloves and an oversized bow hair accessory. 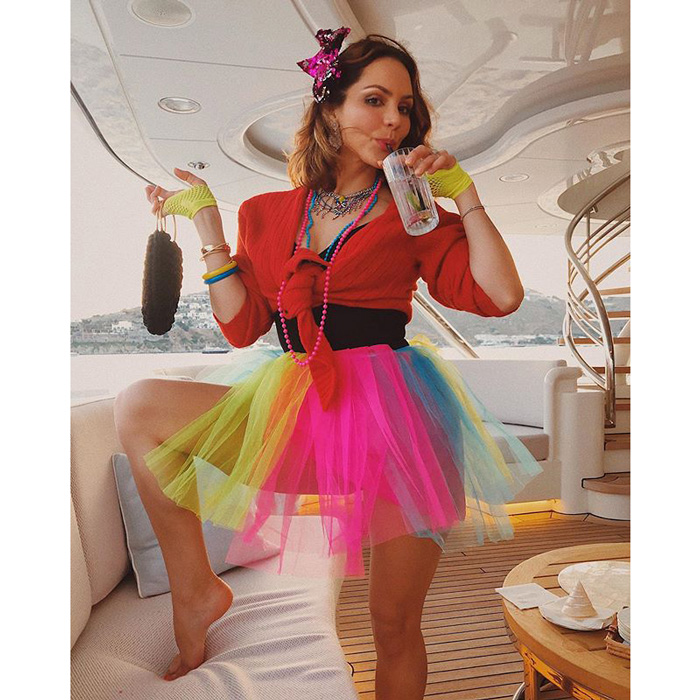 RELATED: The interesting friendship between Meghan Markle and Katherine McPhee

The actress and her beau became engaged in July 2018, during a trip to Anacapri, Italy. The singer-actress announced the news when she shared a screenshot of her text to a friend. “He did it at the top of this mountain in Anacapri,” she wrote. “Totally dark only stars.” Katherine jokingly added, “Thankfully he didn’t push me off the cliff. He said it was one of the other and in the end he spared me.” 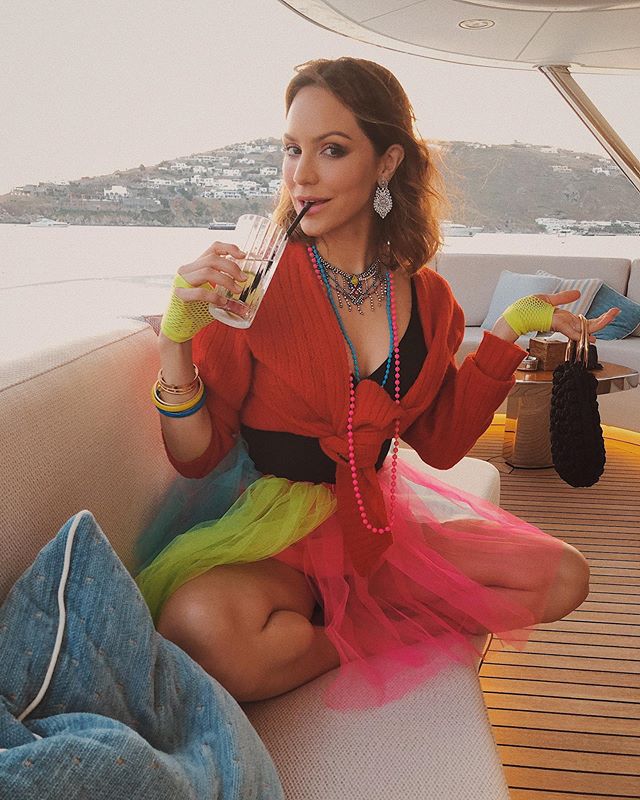 The 35-year-old ahead of the snaps of her upcoming wedding to David Foster Photo: @katherinemcphee

Although it’s unclear when the wedding bells are happening, Katharine and the music producer were seen taking out their marriage license back in May. This will be the American Idol alum’s second marriage following her separation from Nick Cokas, and the fifth for David, 69, who was most recently married to Gigi and Bella Hadid’s mother and Real Housewives of Beverly Hills star, Yolanda Hadid. Prior, David was married to Rebecca Dyer and Linda Thompson and is a father to his five daughters, Amy, Erin, Sara, Allison, and Jordan. 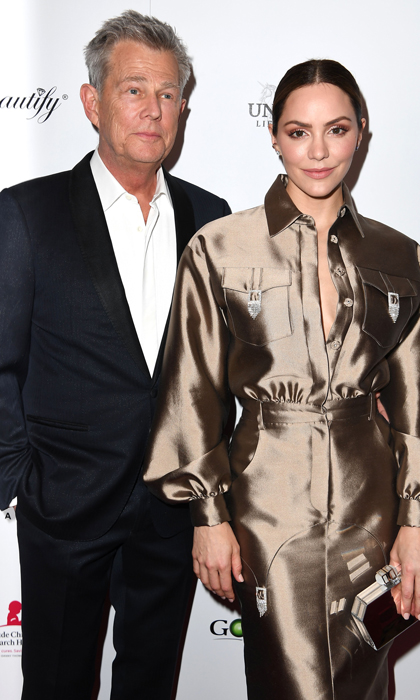 MORE: The Surprising connection between Meghan Markle and Katharine McPhee

Ahead of spending her days on the luxurious boat, the brunette beauty shared photos of a fun time in Lake Como, Italy. “HEY YEAH WOAH OHH I’m on a roll,” she wrote.