Luis Fonsi understands the power and influence of Latin music. After all, the Puerto Rican musician has been in the game for almost 20 years. Still, it was the success of his 2017 single Despactio with Daddy Yankee and Justin Bieber that broke the mold and opened the gates for one of the biggest Latin music booms in recent time.  The 41-year-old is set to perform the history-making hit and some of his classics during his upcoming Vida tour. One thing the Date La Vuelta singer is looking forward to seeing is the connection a new audience has with his songs. “Music is a powerful tool, and it really makes you feel things in a deep internal way,” Luis told HOLA! USA. “We don’t need to know every word to understand everything. It makes it fun.” Luis Fonsi is looking forward to performing for fans new and old during his Vida World Tour Photo: Getty Images

Still, don't call Despacito a crossover hit. Luis shared during the Pandora x Twitter #LaNuevaMezcla panel after we caught up with him that the single is more of an ode to his island. "I didn't crossover anything – the world crossed over to us. That song couldn't be more Puerto Rican." Keep reading to see what Luis has in store for fans during his tour and who he will be dancing to this summer.

WATCH: Luis Fonsi talks his new album Vida and the connection he has with his daughter

HOLA! USA: What has it been like to help usher the latest Latin music movement with Despacito?
Luis Fonsi: "I’m honored to have been a part of a song that made history and that sort of opened the door. It definitely wasn’t the first song to have a collaboration and to break barriers, and I will never take credit for that. To sort of kick the door wide open and start this beautiful new renaissance of Latin music in the world, I’m proud of that."

The world is going to be singing along in Spanish with you on the Vida tour. How is it coming together?
"It's cool. We’re going to be in Europe pretty much the whole summer, then we come back this way and then we go to South America and work our way up." What can fans look forward to this time around? Do you have any surprise guests joining you?
"Within one tour, I’ll visit countries or cities where people have seen me grow. They have seen me from literally 20 years ago, and I’ll visit places where they are getting to know me. Especially in these European countries where they don’t speak the language. I try to have one small surprise per show, and sometimes it’s more. If there is a friend in town, I say, ‘Hey, come on stage with me.’"

What's it like performing for crowds where Spanish isn’t the first language?
"It’s really special. It’s very gratifying. The excitement level to have to win the audience over and maybe see some familiar flags. It keeps you on your toes, and it’s fun to watch people connect when they don’t speak the language." 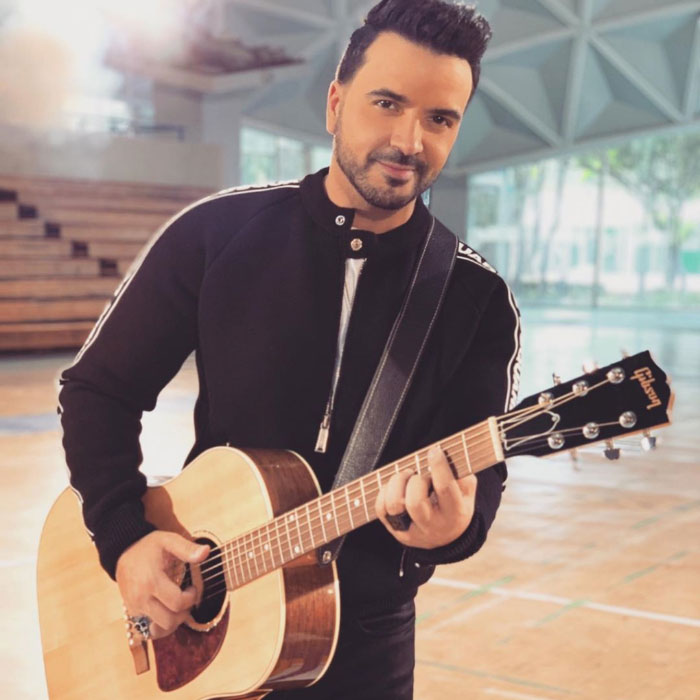 The Despacito singer is says fans don't need to know every word to connect with the music Photo: @luisfonsi

Some of your biggest hits have been in the urban and pop space. Can we expect another genre?
"I’m a huge country fan. A long time ago I did a song with Martina McBride. I listen to everything from old school salsa to country music. Every time I start writing an album I go on tour by myself with my backpack and my guitar, and I write songs with different writers. I go to Nashville and write with country writers just to get a little bit of different influences. I studied classical music so that helped me with different genres."

Outside of your hits, who do you have in rotation on your playlist?
"I don’t really listen to anything completely different; it just depends on the mood I’m in. I love salsa. It’s probably what I listen to the most. Frankie Ruiz is my favorite, that’s what I listen to in my dressing room while I'm dancing around. Then some John Mayer and Dave Matthews, some acoustic vibes. I put some Bad Bunny on and vibe out. That gets me in the mood as well. I have a very eclectic taste. How I am as an artist is how I am as a listener."

Be sure to check Luis Fonsi on tour starting June 23