Latina Powerhouse, Zoe Saldana is starring in a new romance co-written and produced none other than by her artist husband, Marco Perego-Saldana. How sweet is that? The 40-year-old actress, who currently stars in Avengers: Endgame is already looking ahead onto her next project titled: Keyhole Garden. Variety has reported the upcoming film was announced by the Exchange CEO Brian O’Shea in Cannes. “Working with Zoe and Marco on this project is very exciting for me,” he said. 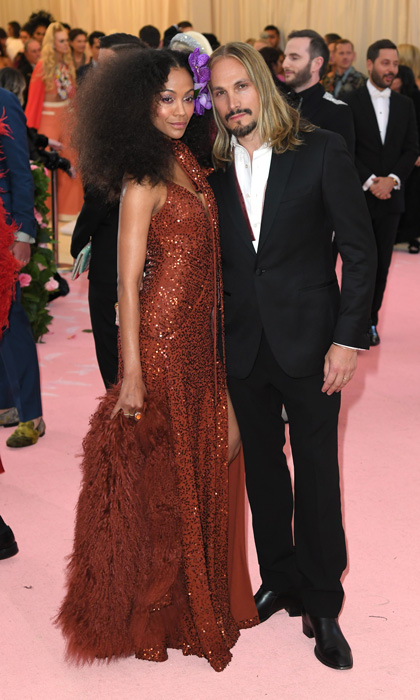 “Both of them are extremely talented and passionate to bring this beautiful love story to life, he added. “They have an incredible team behind them to deliver a commercial and successful movie.” Filming for the upcoming film is set to begin in August 2019 with the original screenplay written by Marco and Rick Rapoza.

The romantic drama “traces the sprawling romance of a man and woman whose love for each other struggles to overcome the divisiveness of life on America’s southern border. The film is a timely exploration of the humanity of immigration and the fragility of life through three interwoven narratives: a young boy trying to save his undocumented friend from deportation; an immigration agent unknowingly dooming a former lover; and a cartel trafficker carrying out his last mission.” 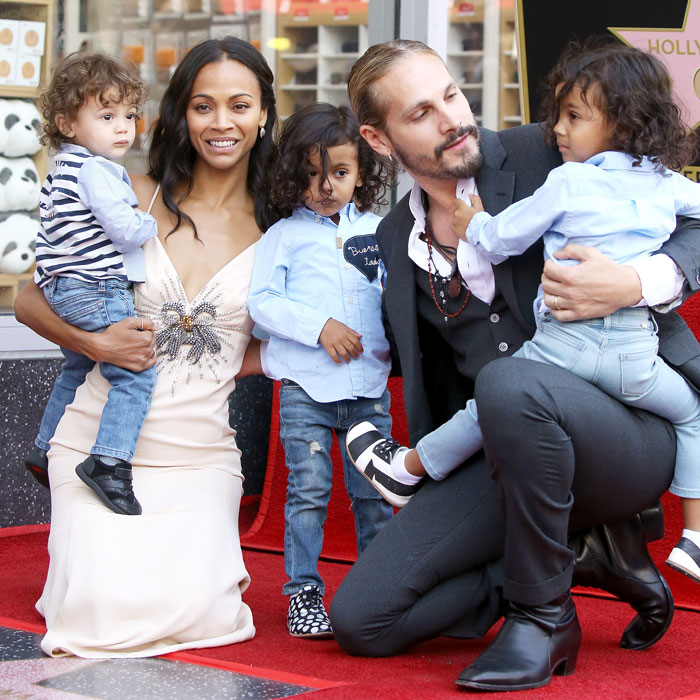 Zoe and Marco are parents to their four-year-old twins, Cy and Bowie, and their two-year-old, Zen

With her jam-packed scheduling and overflowing agenda, working alongside her other-half surely sounds like a dream. In a past interview, the mom-of-three, who graced the cover of HOLA! USA’s April issue opened up how she puts family first regardless of her chaotic schedule.

MORE: Zoe Saldana and husband Marco Perego show off their Kitipun flow (and kiss!) in pjs

“Besides working and building a business, I’m still creating art with my family,” the Guardians of the Galaxy star shared. “I’m pretty swamped right now being a new mom to three rambunctious boys! I feel I’m a full-time everything!” Zoe and Marco are parents to their twins, Cy and Bowie, 4, and two-year-old, Zen.