Between a slew of hot performances (Jonas Brothers, BTS and Halsey, Mariah Carey – the list goes on!), record-breaking wins and killer fashion, the 2019 Billboard Music Awards brought new meaning to our Wednesday night. One of the most memorable acts was probably Maluma and Madonna’s on-stage performance for their hot new single Medellin which felt out of this world thanks to the dancing holograms. However, something you might not have caught was the moment the Colombiano and fellow artist Taylor Swift met. 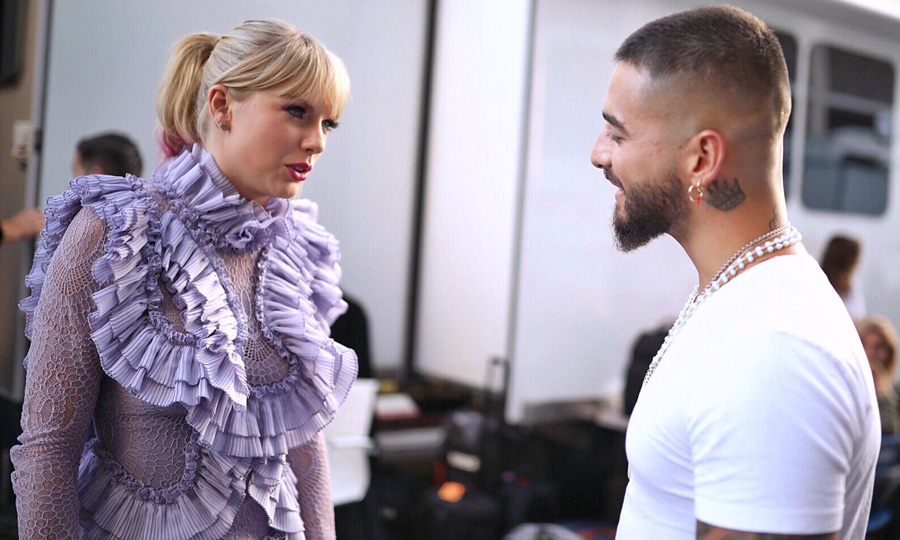 If you were watching closely, you might have noticed the two were sitting together during the musical event. According to a source, the Felices Los Cuatro and Me singers met right after the red carpet by the trailers. It’s said the two walked in together, and Miss Taylor asked him to sit with her. “Taylor greeted him with one of her signature hugs and mentioned she was super excited to meet him,” said the source. "The feeling was mutual. This was the first time they met and then after he performed, he went and sat with her in the audience."

MORE: Maluma is brought to tears during this special moment in his career

It’s hard to say whether the musicians are now friends, but something we can see them bonding over is their paths as crossover artists. While the 29-year-old Shake It Off singer made a switch from country to pop, Maluma is currently dipping his foot into the English side – especially after his duet with Madonna. 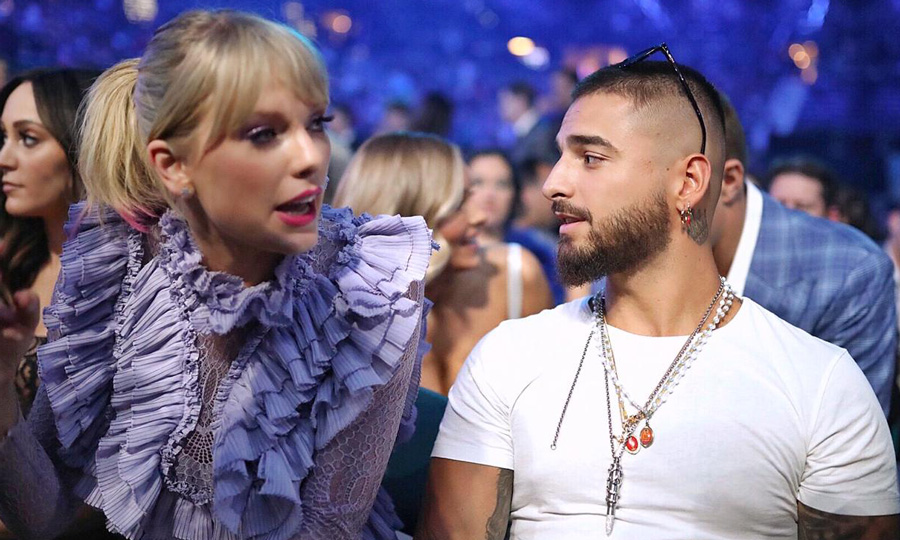 The artists sat next to each other during the star-studded musical event Photo: Tes/@yosoytes

Collaborating on a duet with the legendary musician was one of Maluma’s biggest dreams. Earlier this month, the 25-year-old even took to Instagram to share the moment he’s brought to tears when he first listens to the song on the radio. “You do not know my happiness and what this represents for my LIFE! #Medellin available on all digital platforms. @madonna IT’S GOOD TO DREAM…I TOLD YOU!” he wrote.