It had been months since the hype began to build around Madonna and Maluma's on-stage performance at the 2019 Billboard Music Awards, and tonight was the night. The collaboration and duet for the song Medellín premiered to great fanfare. Given the pure seduction and chemistry between the two as seen in their music video - that debut a few days ago - the 'Queen of Pop' and the 'Pretty Boy' absolutely rocked the show with their sensual dance moves. Although there was much anticipation for a kiss (Madonna never being one to shy away from a passionate on-stage lip lock), the performance alone invigorated TV viewers and audience members. And the virtual reality special effects that had Madonna clones dancing along to the song? Mind-blowing.

That's right...The explosive number counted on holographic 3D animations that digitized dozens of dancers and graphics, like red flowers, onto the stage. According to other news outlets like TMZ, the cost of the special effects was in the neighborhood of $5 million dollars - the technology is cutting edge, after all. The performance lasted a solid 5 minutes and was met with thunderous applause by those present at the MGM Grand Garden Arena. The tune and dance moves are indeed quite catchy: cha, cha, cha!

Although we could not count on a kiss, Maluma added some flirtatious moves throughout the dance. The Colombian heartthrob did not disappoint his fan base, going all out for this his first Billboard Music Awards. Not too shabby to have performed alongside Madonna for his first BBMA gig! 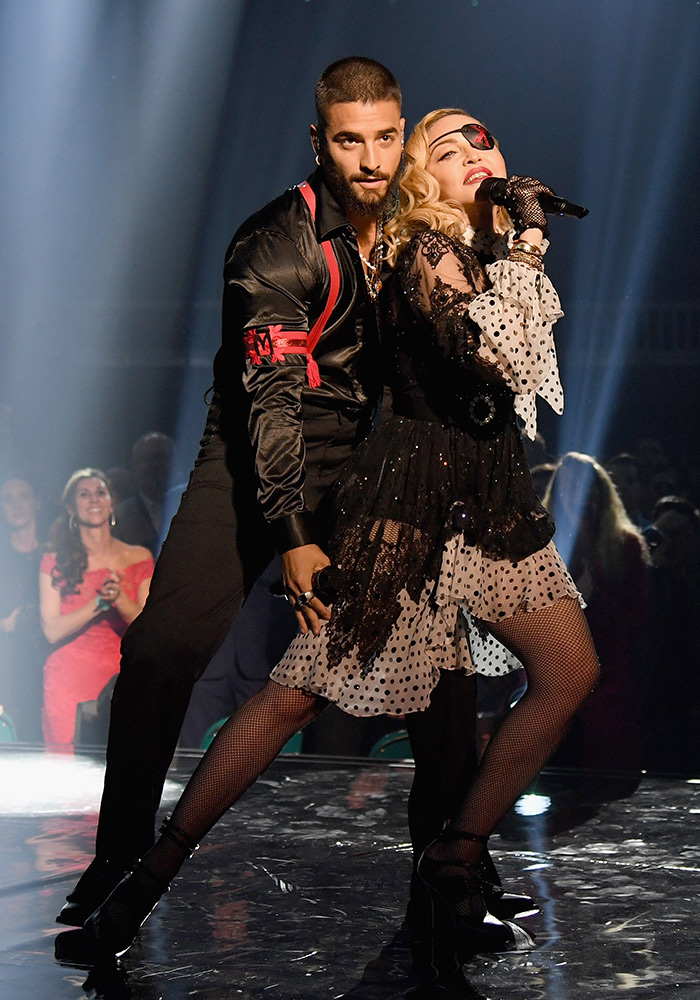 Medellín is Maluma's latest single from his new album, Madame X, which will drop on June 14th.

RELATED: The complete list of winners at the 2019 Billboard Music Awards - did your faves win?

MORE: Maluma is brought to tears during this special moment in his career

Another amazing achievement for Maluma

Last April 17th, Madonna and Maluma launched the duet Medillín, which was a huge personal achievement for Maluma. "This feels incredible, I still can't believe it but YES, this is real life!" wrote the Mala Mía singer on his social media channels along with an image promoting the new single.