After taking some time away from the limelight to take care of herself, Selena Gomez returned to the red carpet looking more radiant than ever. Ten months after her last appearance and a week after dazzling the crowds on stage at Coachella, the singer turned out to support WE Day – a drive supported by Prince Harry and Meghan Markle – in California. Selena was joined for the event, which aims to inspire young people to make positive changes in society, by the likes of Sofia Carson, Meghan Trainor, Joe Jonas and Hailee Steinfeld. And before Selena, dressed in a black Dior gown when she arrived, hit the stage in a cool suit, she spoke about how close WE Day is to her heart. 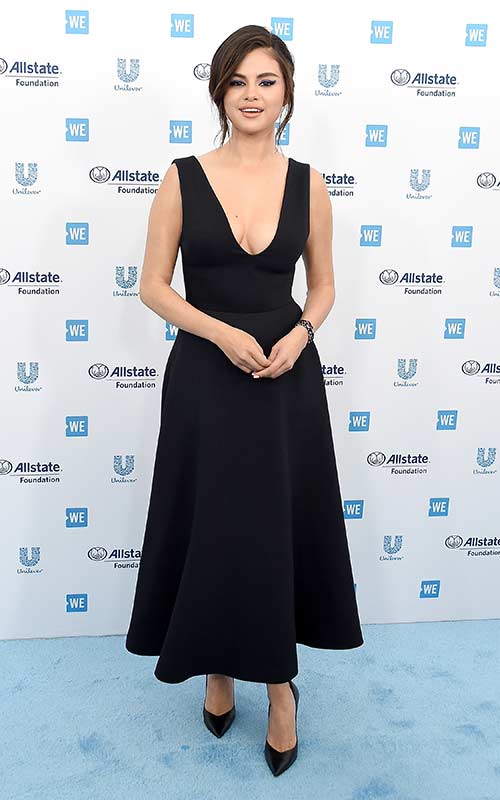 “Every year, WE Day leaves me feeling inspired and hopeful. The youth have an incredible positive and passionate attitude for making real change in the world,” she said in a statement.

This is Selena's first red carpet appearance since she attended the premiere of Hotel Transylvania 3 back in June 2018. Last year was a complicated one for the star, who split for good from longtime boyfriend Justin Bieber and was also hospitalized for a low white blood cell count that was likely a complication from her kidney transplant. Then in October, according to TMZ, she entered treatment to receive therapy for emotional issues. 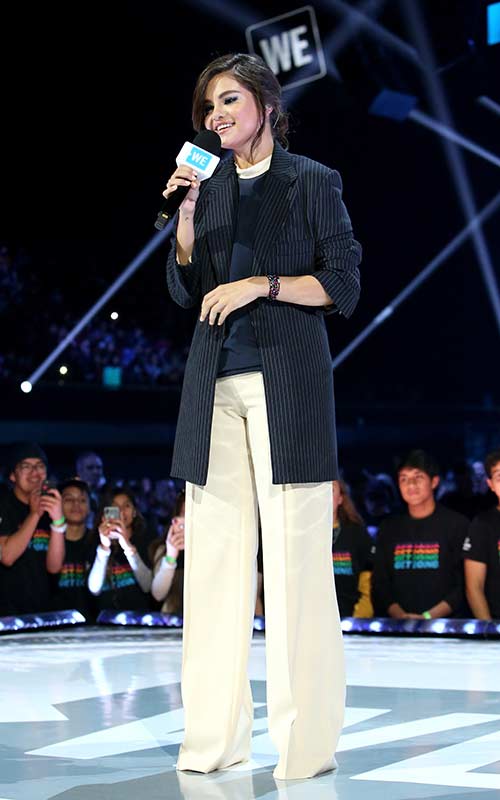 VIEW GALLERY
On stage, the singer-actress spoke to the young crowd wearing an all-business look with pinstriped jacket and wide-legged pants

Still, the star hadn't retreated from public life completely, making a measured return to the spotlight by promoting her video I Can't Get Enough with J Balvin in February and of course taking on that sizzling stint at Coachella this month.

At WE Day, which features speeches and performances by the stars in front of an audience of young future leaders, Selena was joined by a host of celebrities also putting their support behind the event. Natalie Portman took to the stage to talk about TIME’S UP and inequality, Meghan Trainor performed hits Treat Myself and No Excuses and Hailee Steinfeld emphasized the teamwork involved, saying: "It’s truly inspiring to see this amazing group of young people join together to celebrate doing good and making a change."