Yes, even celebrities have to deal with their children's temper tantrums. On more than one occasion, Kim Kardashian has taken to social media to show snippets of her children crying and whining and in some cases even driven her mad, just like any other mom. This time, North West, her eldest, made a mini-dramatic scene when Kim asked her to take off her towering high heel boots. Lately, North has been so impressed by her mom's shoes that she runs to her closet and plays with them, showing she is a potential shoe addict. 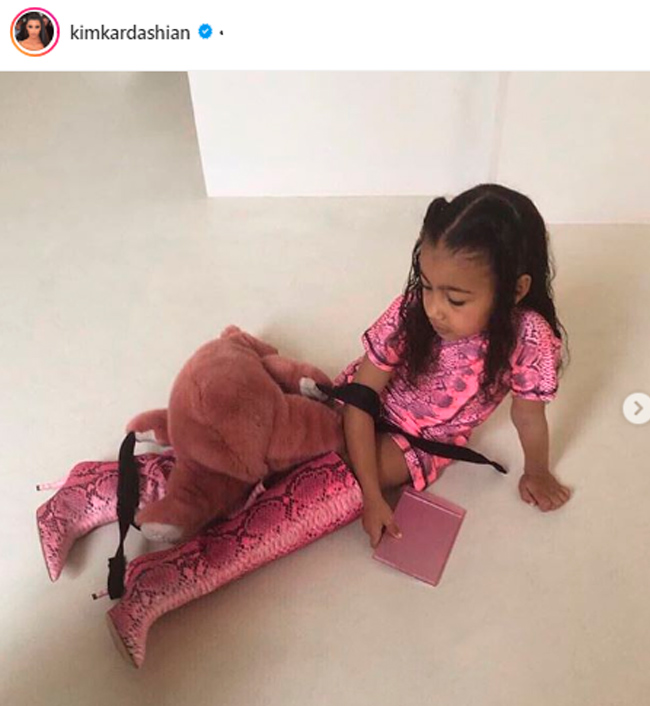 On her Instagram account where he has more than 135 million followers, Kanye West's wife shared with her fans that her five-year-old daughter had decided to complete her animal print look with a pair of pink python print boots. Kim published a series of photos on her feed in which her daughter is excited about wearing the stylish boots and is ready to head out and conquer the world. 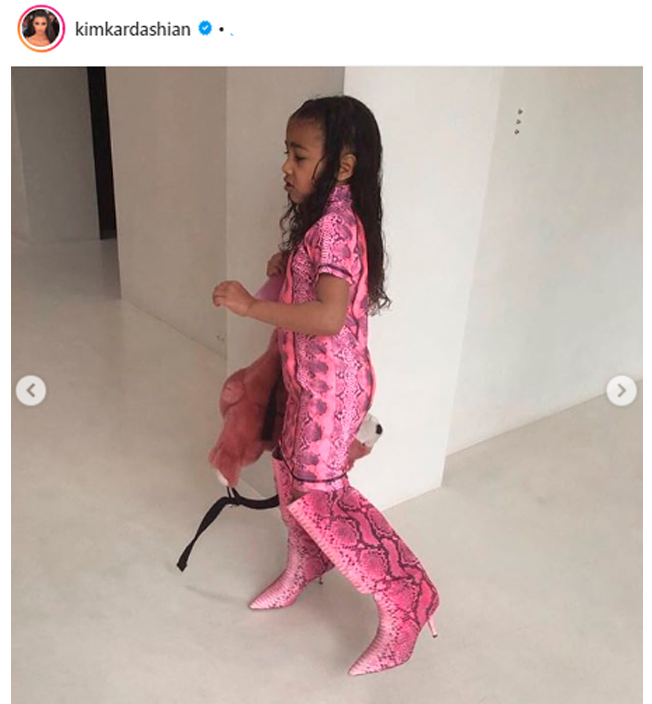 MORE: Kim Kardashian stuns in daring unitard as she celebrates opening of center named after her late father

In a second snap, North appears strutting around in her momma's boots. The next shot shows her little girl trying to escape from Kim's scolding. In the last and perhaps most 'dramatic' of all snap, North is seen on the brim of tears as she throws a tantrum for having to return the striking pair. 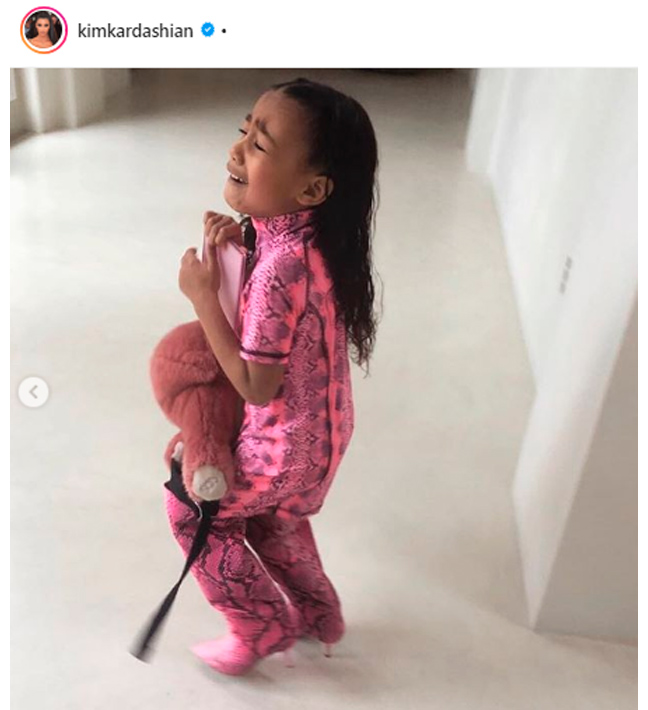 Kim accompanied the photos with the following caption, explaining the situation to her fans: "Sooooo Miss North dressed herself and thought she was ready for the day until I explained she couldn’t wear my boots."

North West’s drama caused such a commotion on social media that it has more than three million likes and thousands of comments showing most of her followers seem amused by the mischief.

But this isn’t the first time North steals her mom's heels. A week ago, at her cousin, True Thompson’s, birthday party, Kim's daughter was the protagonist of a video on social where she is heard as her mother scolds her and asks her to please take off her shoes.

MORE: Does Kim Kardashian's five-year-old daughter North have a boyfriend?

In the video, North appears playing in the garden wearing some very tall shoes that belong to her mom! In addition, Kim kindly yells to “Northie” to please take her shoes off. At only five years old, North looks to already be a mini fashionista just like her grandmother, her mother and her famous aunts.