Today marks two very important birthdays— one for British royalty, Prince Louis' first birthday, and the other for American royalty of the supermodel kind: Gigi Hadid's 24th birthday. The former kicked off the celebrations with a sweet photoshoot, while the supermodel decided for an all denim party theme to ring in her 'Kobe' year. It was a star-studded affair that featured Hollywood's greatest, including Taylor Swift, Olivia Culpo and Marc Jacobs, among others. 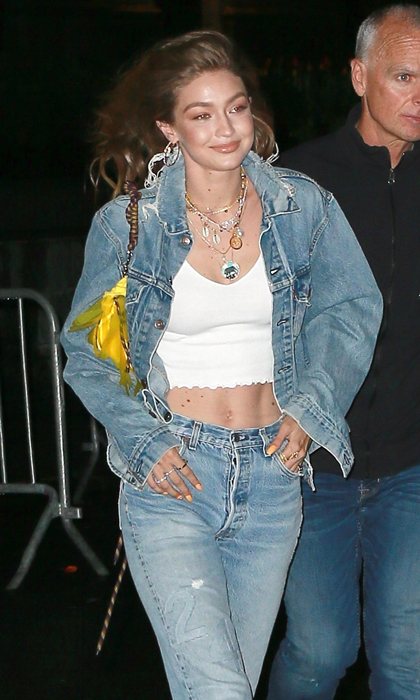 VIEW GALLERY Gigi Hadid kicked off her 24th birthday with an all-denim theme party, which featured a star-studded guest list

Before the party, her younger sister and fellow supermodel shared a heartfelt tribute on Instagram, describing Gigi as "everything good." Along with the message, the 22-year-old posted a series of throwback pictures of herself and Gigi on social media.

"Happy birthday to my best friend by blood and by choice. I am so lucky," she wrote. "Your empathy, love, loyalty and work ethic are some of the reasons you are so beyond loved by so many… Your creativity and energy to always go above and beyond surprises and excites me everyday!!!"

MORE: Gigi Hadid and Rita Ora channeled Beetlejuice in a '90s grunge look, but who wore it better?

She continued: "I am so inspired by you and every single endeavour that you take. I will be by your side for every single one you take in the future! I am your #1 fan forever and I can’t wait for forever of birthdays with you!!!!! I love you My little ball of sunshine."

The denim-themed birthday party took place at L'Avenue restaurant in midtown Manhattan on Monday night with the sisters wearing coordinating denim looks for the party. Gigi sported a white crop top along with low-slung jeans and a matching jacket with chunky black boots, while Bella opted for a denim corset top, jeans and a shirt with tan boots. 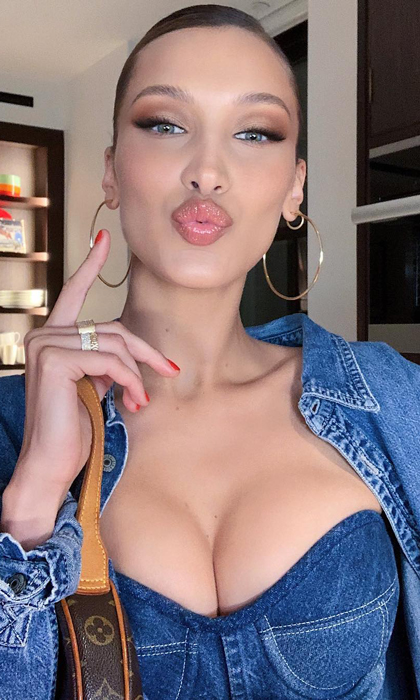 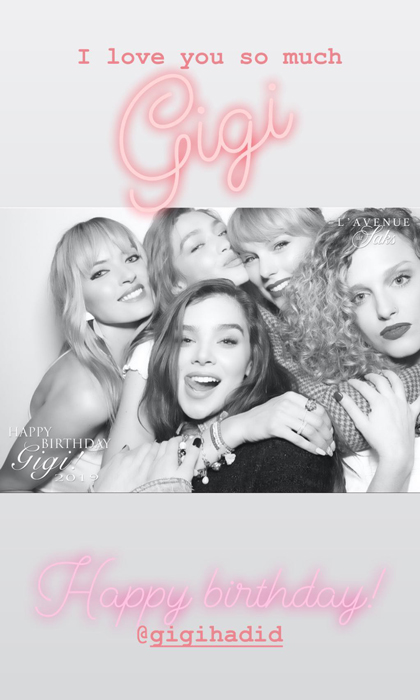 And what's a birthday party without a photobooth? Inside, Gigi was spotted taking pictures with her friends Taylor Swift and Hailee Steinfeld. Throughout the night, friends and family took Instagram videos of the whole A-list party enjoing throwback songs, including Britney Spears songs.

In other birthday news, this is how Prince Louis celebrated his first birthday.