In case you're wondering, the Jordyn Woods/Kylie Jenner/Khloe Kardashian/Tristan Thompson (sigh) drama is still alive and well. Last weekend, Jordyn reportedly had an awkward run-in with Kendall Jenner at a Coachella event, while Khloé is straight up ignoring Tristan (see True's first birthday party), but there might be some hope yet for the 21-year-old star. While arriving to catch a flight at LAX, Jordyn was swarmed by TMZ reporters who asked her about the status of her relationship with former bff Kylie. And her answer was surprisingly optimistic. 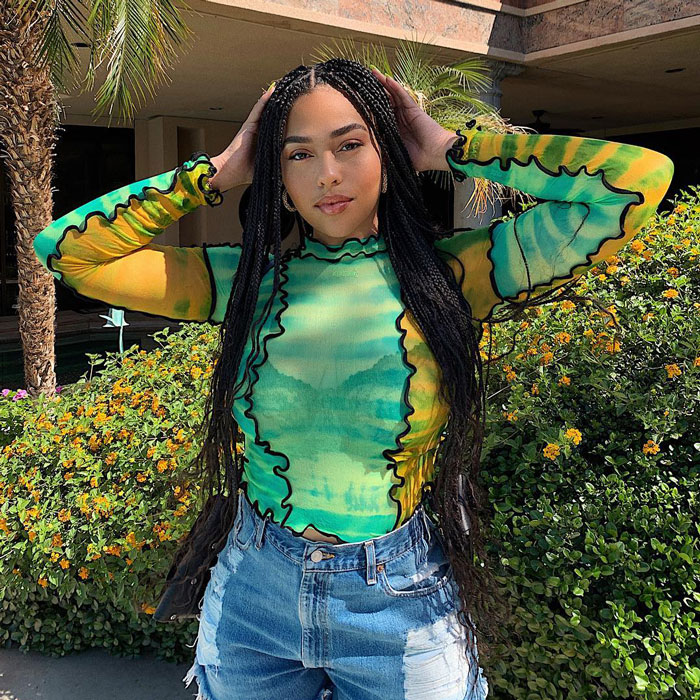 While catching a flight at LAX, Jordyn Woods told reporters that she will "always" love Kylie Jenner

The reporter first asked, "how important has the Smith’s support been during this period," referring to her close friend Jaden Smith's family who have publicly supported her after news broke that she cheated with Tristan. “Honestly the whole world’s support is amazing," Jordyn simply replied. But things got even more interesting when they asked the star about her relationship with Kylie.

MORE: Khloé Kardashian may or may not have called Jordyn Woods a snake

"Would you be willing to rekindle the friendship and try to make things right with Kylie?" they questioned her as she arrived at the airport with her mother Elizabeth Woods. Her response? "I have love for everyone. Always." Her mother also chimed in saying, "we love Kylie."

As both ladies went up the escalator, they were asked if they had any message for Kylie. Jordyn ignored the reporter, but her mother confidently stated, "We love you, Kylie."

The fact that Kylie and Jordyn still follow each other on Instagram and now that Jordyn has basically waved a white flag leads us to believe there's hope for another Kyle x Jordyn makeup collab on the horizon.