Khloé Kardashian’s baby daughter True Thompson celebrated her first birthday last weekend, and naturally they went all out in true Kardashian form. Ponies, unicorns, cotton candy and pastel decorations galore were a few of the elements of this sweet celebration. Many were in attendance, including True’s father Tristan Thompson. The basketball player and the reality star broke up a few weeks ago after news broke that he cheated with Kylie Jenner’s bff Jordyn Woods. 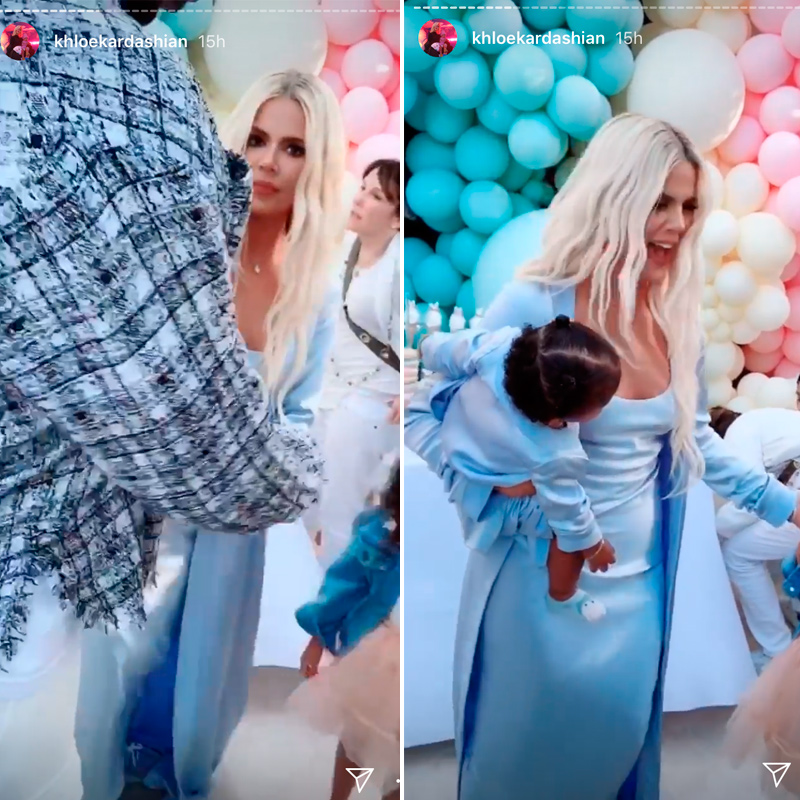 According to all the photos and videos shared on social media, both Khloe and Tristan are making the relationship work for their daughter. Still, they kept some distance during the party. One specific moment was when all the guest sand Happy Birthday and cut the cake. 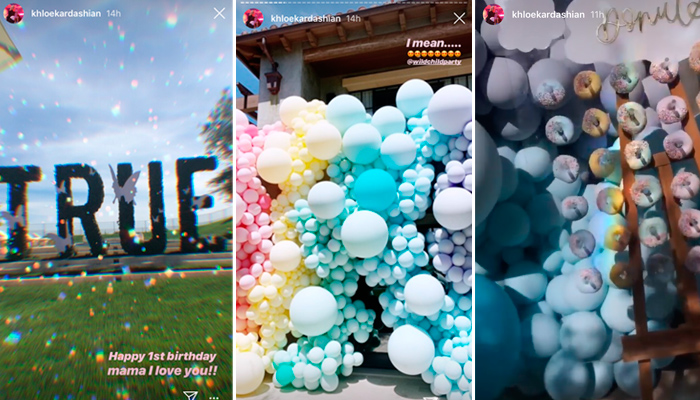 Ponies, unicorns, cotton candy and pastel decorations galore were a few of the elements of this sweet celebration

While Khloe lived up to being the greatest party host, Tristan dedicated his time to cuddling and kissing True throughout the party. He took to his Instagram account to share a video of him holding baby True while showering her with love. Tristan, who has a two-year-old boy from his previous relationship, wrote: “My princess, I love you so much.”

To celebrate such a special ocassion, Khloe decided to coordinate outfits with her daughter. It was (obvi) the best part of the party. The mother and daughter duo looked stunning with silky blue outfits designed by August Getty. Khloe’s dress was short and was paired with a blue oversized coat. True wore an adorable matching outfit. 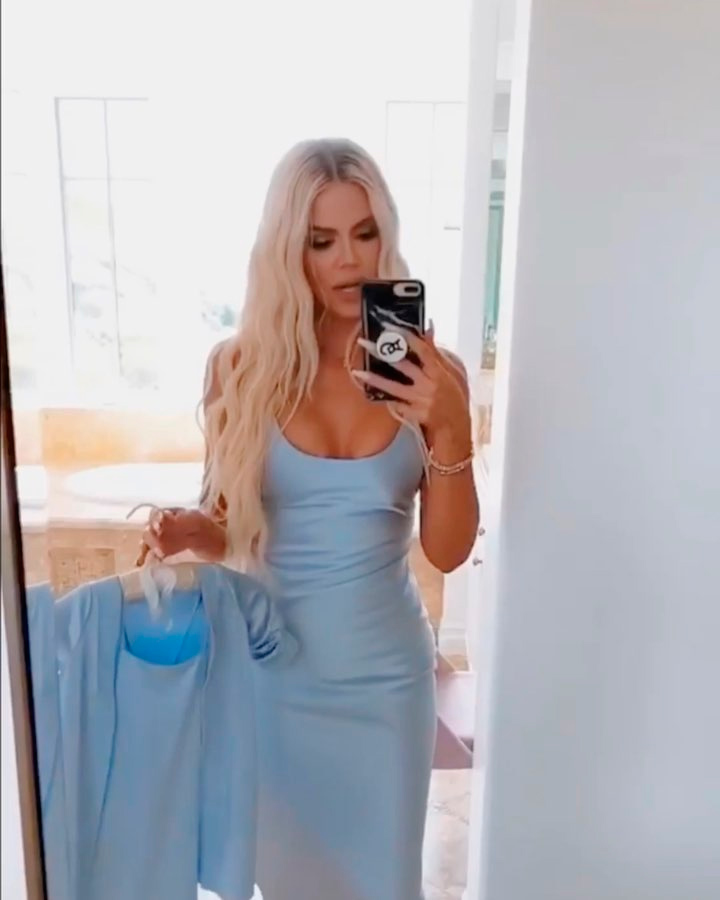 To celebrate such a special ocassion, Khloe decided to coordinate outfits with her daughter, both wearing silky blue dresses by designer August Getty

Also in attendance at the party was Kim and Kourtney Kardashian along with their own children. Kylie was also there with Stormi, who celebrated her own first birthday earlier this year. The only one who wasn’t there was Kendall Jenner, who is currently at Coachella.

One of the best moments of the party came courtesy of Kim’s oldest child, North West. The 5-year-old girl put on a pair of her mother’s heels an attempted to walk in them for a while until her mom asked her to change shoes.

Unfortunately, the drama that occurred with Jordyn Woods wasn’t the first scandal Khloe suffers. Days before True was born last year in April, news broke that Tristan was out with several women. Apparently the Cleveland Cavaliers player had cheated on Khloe while she was pregnant. After all the cheating and rumors, the couple decided to start therapy and leave the past behind them. After the Jordyn scandal surfaced, the two decided to definitively split.