If you're looking for the secret to ultimate success, please look to 22-year-old stunner Camila Cabello who effortlessly went from Fifth Harmony group member to chart-topping solo artist. She's flourished in both English and Spanish music markets, she's already been honored with countless awards and her love life? It's thriving with her rumored beau Matthew Hussey. And now, the Havana singer has revealed that she's written 49 (yes, 49!) songs for her sophmore album. So how does she do it all? Scroll for the answers! 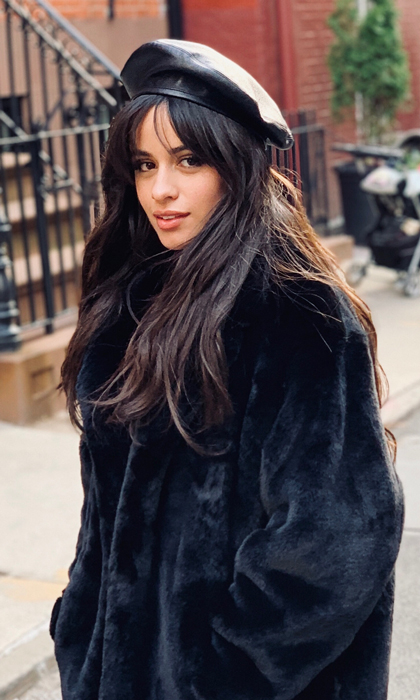 Camila took to her Instagram stories to spread some of her wisdom. "Today I was thinking the key to becoming better and happier is consciously thinking about the habits and patterns that make you get in your own way," she wrote. "And then consciously putting in the work and effort to change those habits into good ones. I really believe who we are and how we act is just a story we tell ourselves, and at any point you can change that story into a better one, it just takes work. Anyway, being a human is hard and weird and thinking about figuring out how to be better and live my best life, so if u needed to hear this today I’m happy."

So basically, it takes work to be successful. In order to prosper, negative patterns need to be broken and replaced with more positive changes. Besides letting fans in on her secret to achieve goals, Camila also revealed that she's been working on her second solo album. According to the singer, there's already a title and 49 completed songs to choose from. 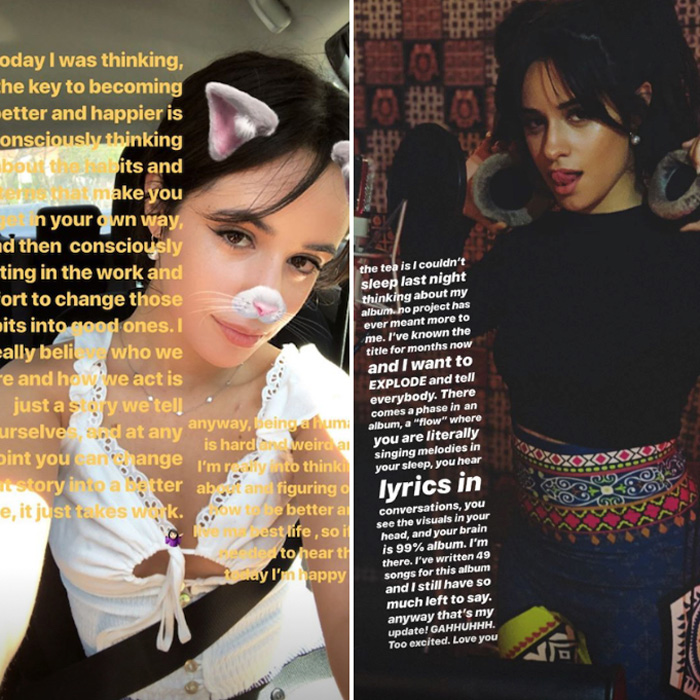 "The tea is I couldn’t sleep last night thinking about my album," the Never Be the Same singer began in her Instagram story. "No project has ever meant more to me. I’ve known the title for months now and I want to explode and tell everybody. There comes a phase in an album, a “flow” where you are literally singing melodies in your sleep, you hear lyrics in conversations, you see the visuals in your head, and your brain is 99% album. I’m there. I’ve written 49 songs for this album and I still have so much left to say. Anyway that’s my update! GAHHUHHH. Too excited. Love you."

So there you have it—the Camila-approved recipe for succeeding in life!