The Coachella Valley music festival marks the start of festival season. Each year, some of the biggest names in music make their way to the California desert for the weekend-long event. Coachella is one of the most-talked about events of the year. With the rise and surge of Latin music in the mainstream, it’s no surprise that some of the biggest names in popular Latin music genres are set to hit the stage. 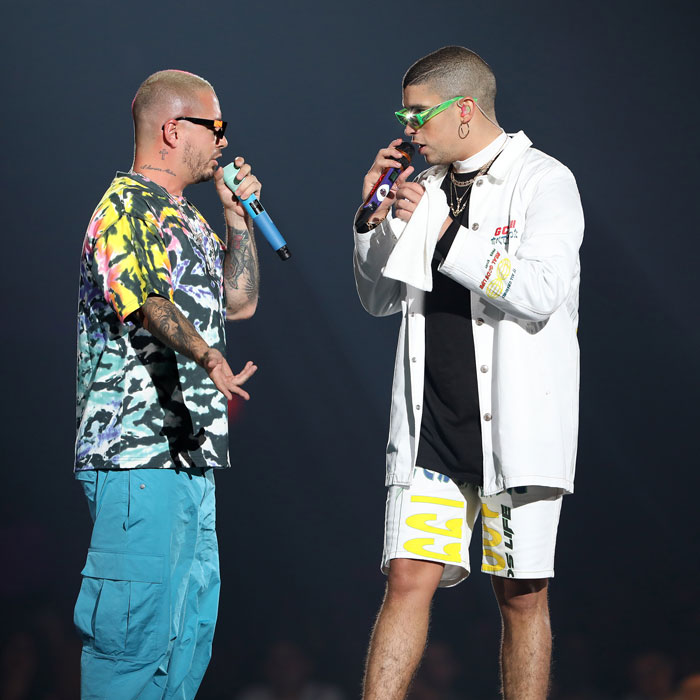 This year’s talent brings an eclectic mix of performers and tunes. From regional Mexican to the sounds of traditional flamenco – with a twist. Some of the talent are on the rise, while others have already made their mark in the industry. Either way, fans will make their way to the various stages to see them perform. Here is a look at some of the artists we are looking forward to seeing hit the stage.

Bad Bunny
The reggaeton singer is bringing the spirit and vibes of Puerto Rico to the festival. The MIA singer is known for his over-the-top stage presence and eye-catching style. Coming off a year of chart-topping hits and in the start of his x 100pre tour, Bad Bunny is sure to put on the performance of a lifetime.

Rosalía
Spanish pop singer Rosalía will take the stage at the music festival for the first time. The MALAMENTE singer draws inspiration from her native Spain, as she blends traditional flamenco sounds with pop. Fans may be in for a surprise performance collaboration if the songstress brings J Balvin on stage for a performance of their latest single Con Altura.

J Balvin
He’s no stranger to the Coachella stage. The Colombian superstar gave fans a taste of what he can bring to the music festival as he performed his hit single Mi Gente, at the 2018 festival with Beyoncé. This year, J Balvin gets a chance to command the stage on his own.

Javiera Mena
Coachella is the perfect location for the Chilean beauty’s sound. Javiera’s music is the perfect soundtrack to the festival. Over the last decade, the singer has found success and now her star will rise even higher as she takes the stage for the festival season's official kick off.

Tomasa Del Real
The Queen of Reggaeton’s digital underground scene is ready to bring her flavor to the music festival. The 32-year-old Chilean superstar is set to bring her eccentric outfits and performances to the desert, adding more heat. This is the first time the Barre con el Pelo singer will perform at the event and it probably won’t be the last.

FLASHBACK: THE BEST MOMENTS FROM COACHELLA 2018

Ocho Ojos
These men don’t have to travel far to take the stage. The California natives create a sound that is a blend of hip-hop, cumbia and electronic. The Cumbia De Este Valle band will no doubt create festival vibes as they take the stage and perform their biggest hits.