Enrique Iglesias may have a tiny prodigy on his hands. The 43-year-old Spanish singer let his fans in on a sweet father-son moment on Saturday, April 6, showing his son Nicholas adorably imitating him. “Serious Talk,” the star wrote along with a video of his 15-month-old boy playfully repeating his sounds. While at first listen the sounds may seem like nonsense noises, they are semi-used in vocal warmups, giving an inkling that little Nicholas could one day follow in his successful dad’s footsteps.

Scroll to watch the adorable clip! 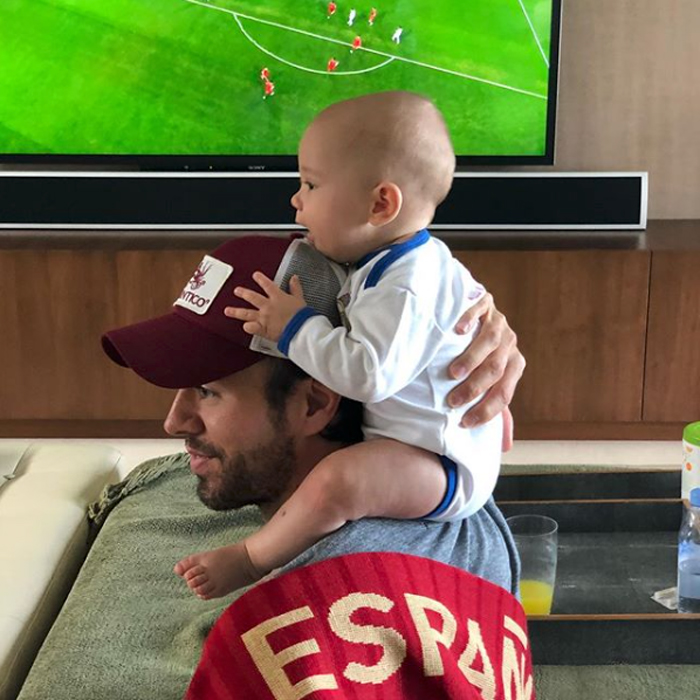 While, of course, the clip may just showcase the toddler being a toddler, it sounds like Enrique starts out doing some scales with him. As the superstar sings higher notes, his son cutely follows along. The pair then move on to lip trills, an exercise used by singers to warm up the voice.

While the singer-songwriter and longtime partner Anna Kournikova are a generally private couple, the pair can't resist sharing videos and snaps of little Nicholas and his twin sister Lucy. And you can bet that each time the content is seriously aww-worthy. In fact, just last weekend we were treated to a heart-warming video of the pair spending time with their daddy 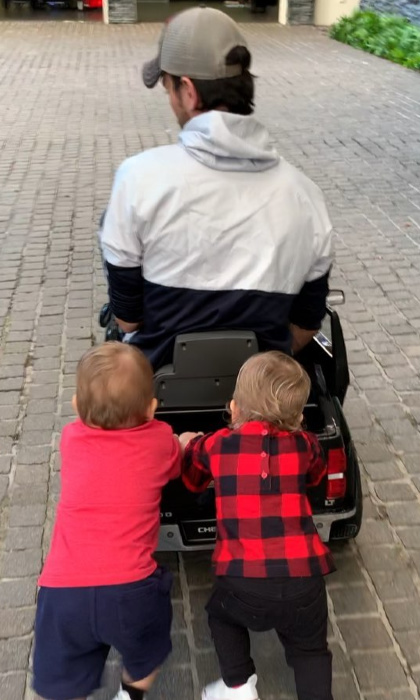 Rolling through a "typical Saturday" with Enrique and the twins Photo: Instagram/@enriqueiglesias

“Typical Saturday,” the King of Latin Pop wrote in the caption of a clip that captured his twins pushing him along in an electric play car. The hilarious post shows Enrique sitting in the “ride-on” toy, which was a mock pick up truck. While he’s actually controlling it, his twins seem to be having a great time walking along and pushing the bumper.

Enrique recently elaborated on fatherhood being his best gig yet, while visiting the Telemundo show Un Nuevo Día. “It is a beautiful stage. When I go to the studio and it is eight o’clock, I say to myself: ‘It’s better if I go back home.’ I am happy to see them, nothing else matters to me, just them.” As his cute video clips can prove, he’ll perform any act to make them smile, because, according to him: "You do whatever it takes to entertain them."