Looks like Enrique Iglesias' son Nicholas is a born performer - just like his famous dad! The Spanish performer shared a clip of the adorable one-year-old bustin' some moves and it really has to be seen to be believed! The toddler can be seen swaying and bouncing in front of the camera, and the look on his little face is priceless. “Sundaymood,” the singer captioned the sweet clip, along with a smiley face emoji. The classic family moment comes just days after proud papa-of-two Enrique showed off his daughter Lucy's first steps. 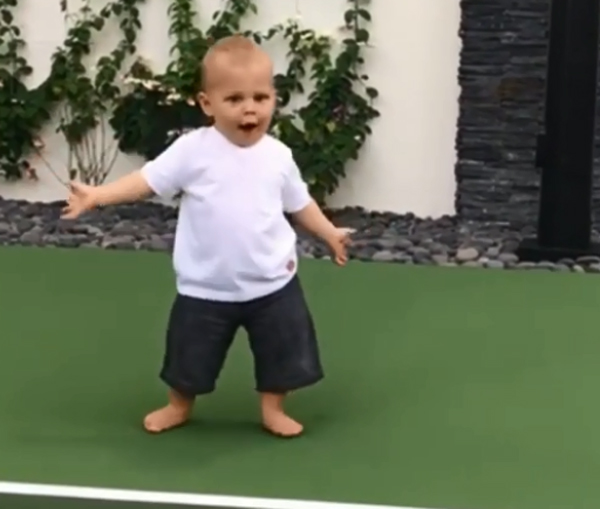 The artist is completely in love with everything his children do, as proven by the images he shares of their daily routine together. Both Enrique and Anna Kournikova love this new phase of their lives. “It is a beautiful stage. When I go to the studio and it is eight o’clock, I say to myself: ‘It’s better if I go back home.’ I am happy to see them, nothing else matters to me, just them,” he declared a few months ago on the program Un Nuevo Día. In his cute video clips, we can see the antics he performs to make them laugh, because, according to him: "You do whatever it takes to entertain them."

Enrique spends all of his free time with his family, but remains devoted to his passion for music. Less than a week ago, he debuted a new single with Puerto Rican rapper Jon Z called Después que te perdí (After I lost you) and it already has almost 10 million views on YouTube. It’s a trap music song - a genre that sweeps dancefloors and that the singer is exploring. His fans must love the new content!

Related: Enrique Iglesias is unrecognizable in rare throwback video from first ever meet and greet