¡Enhorabuena! Miranda Kerr is going to be a mom of three! Just 10 months after the supermodel and her Snapchat founder husband Evan Spiegel welcomed their first child together, it has been confirmed that the couple are expecting another addition to the family. Pregnant Miranda welcomed baby Hart on May 7 in Los Angeles and she's also mom to Flynn Bloom, eight, whose dad is her ex-husband Orlando Bloom.

“Miranda, Evan, Flynn and Hart are looking forward to welcoming the newest member to their family,” her representative told People.

New dad Evan has often referred to how great it is to be a dad, and has also opened up about the special relationship he has with Miranda's eldest son Flynn. It looks like little Flynn has been showing an interest in technology just like his stepdad. "Flynn is...already on his iPod," he revealed to E! News last year. "We email. Very emoji heavy. It's good!" 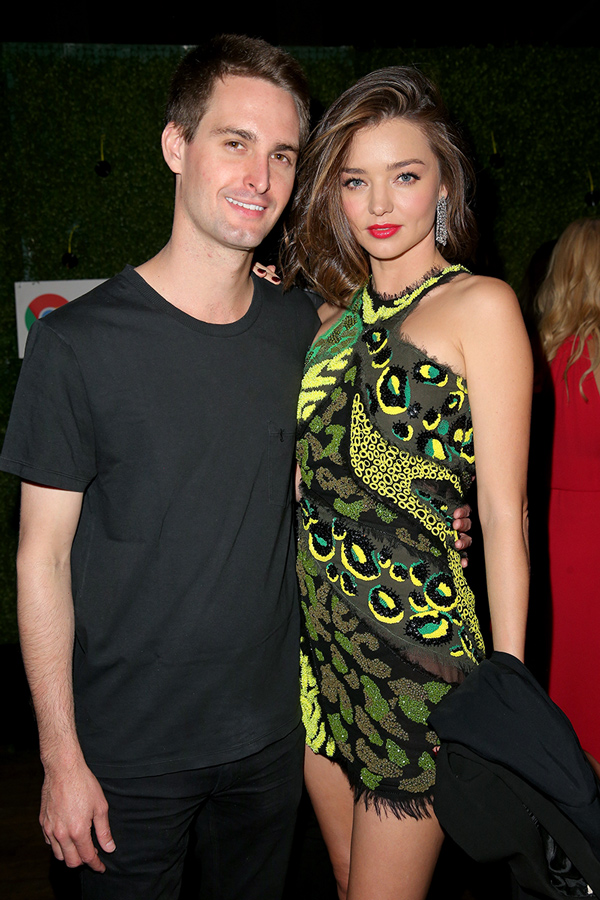 In the same interview,  Evan, who tied the knot with Miranda in May 2017 in an intimate ceremony held in Southern California, said he's over the moon with fatherhood. "It's impossible to describe. It's a life transforming event," he said, adding that he's also loving Father's Day. "Now I have a dad grilling set, which is a positive addition."

As Miranda enjoys this new chapter of his life, her ex-husband is also doing the same. Orlando Bloom, who began dating Katy Perry in 2016, got engaged to the pop star on February 14, Valentine's Day. The actor popped the question with a spectacular flower-shaped ring.