Surprise! Prince Royce and Emeraude Toubia are husband and wife. The couple shocked fans after making the announcement on the cover of People en Espanol. Prince Royce, 29, and Emeraude, 30, were picture perfect as they graced the cover in their wedding attire. According to the publication, the pair got married during an “intimate and ultra-private ceremony in Mexico.” The El Clavo singer shared the image on his Instagram. “We want to share this moment with all of you, especially with our fans.” 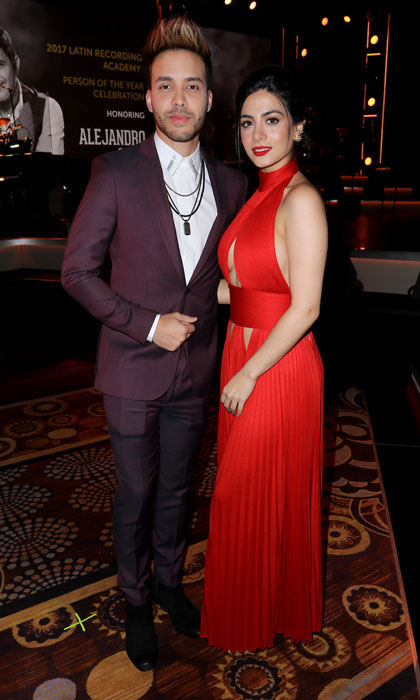 Prince Royce and Emeraude Toubia announced they are married

The Shadowhunters actress shared the same picture on her respective account next to a simple red heart emoji. Prince Royce and Emeraude have been dating for eight years. The newlyweds confirmed their relationship in 2016. For the duration of their relationship, the pair have remained mum. In June of 2017, it was reported by Despierta America that the pair got engaged, but no details about the ring or special moment were ever released.

MORE: Cory Booker opens up about his relationship with boo Rosario Dawson

In 2017, Prince discussed not oversharing his love with the world. “As an artist, as a public figure, it is good to have your life personal, in everything,” Royce said during an interview with TVyNovelas. “I feel like sometimes we hear rumors, are they dating, did they break up…and to us it has always been important to keep everything private.” Emeraude opened up to HOLA! USA about making her relationship with the Bachata singer while balancing their busy schedules.

IN LOVE: J-ROD'S RELATIONSHIP IN PICTURES

“Every time there is time, we just see each other,” the actress told HOLA! USA. “Someone takes a plane ride to make it happen. I think it’s about making each moment special, whether it’s making food, watching a movie at home, or going to the movies or skydiving.”