Besides celebrating the trailer debut of his new flick Dora and the Lost City of Gold,  Eugenio Derbez is also celebrating love! The Mexican actor and his wife Alessandro Rosaldo ticked off their 13th anniversary this week, and they marked the happy occasion with sweet Instagram messages. 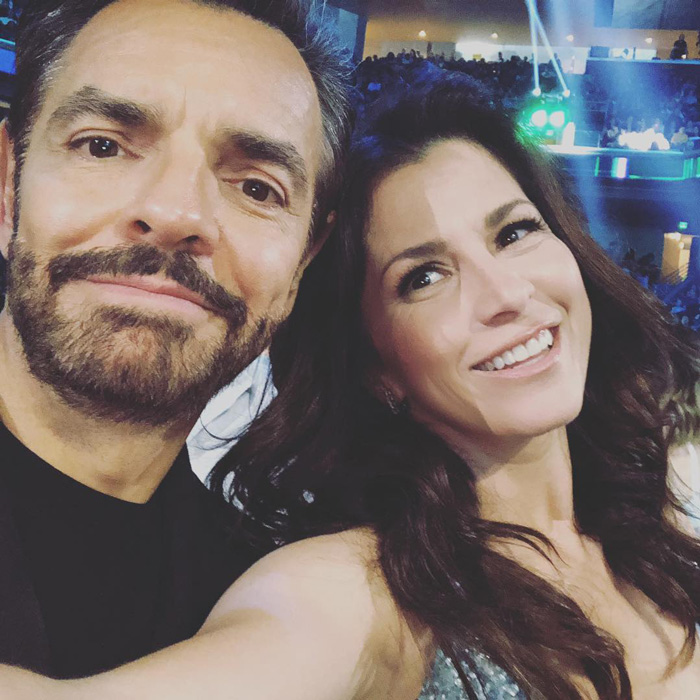 "13 years since we took this life changing trip," Eugenio wrote on his Insta post. "Thanks @alexrosaldo for coming along and sticking by me all these years!" The message was accompanied by two pictures of the couple back in the day.

MORE: Eugenio Derbez on his acting dynasty and whether his youngest will follow suit

Alessandra also took to her own account to share a photo of the couple. "13 years together today," she captioned along with the hashtag: "who would have thought."

As for their youngest girl Aitana, she's destined for stardom. "I wouldn't be surprised if she followed in her parents' footsteps," he shared. "It's almost unquestionable that there will be another Derbez [actor]. Not because she’s my daughter, but because I have no doubt in my mind that she’ll be a great actress.”