Do-do-do-do-Dora! Paramount Pictures has released the glittering first official trailer for Dora and the Lost City of Gold and it looks like the perfect family adventure. A trio of the film’s stars: Eugenio Derbez (who also served as producer), Michael Peña and, of course, Isabela Moner, who tackles the title role, debuted the clip at the 2019 Kids’ Choice Awards in L.A. on Saturday, March 23. Met with epic applause, the James Bobin-helmed live-action adaptation of Nickelodeon’s classic cartoon has what it takes to be the movie of the summer!

Scroll down to watch the trailer! 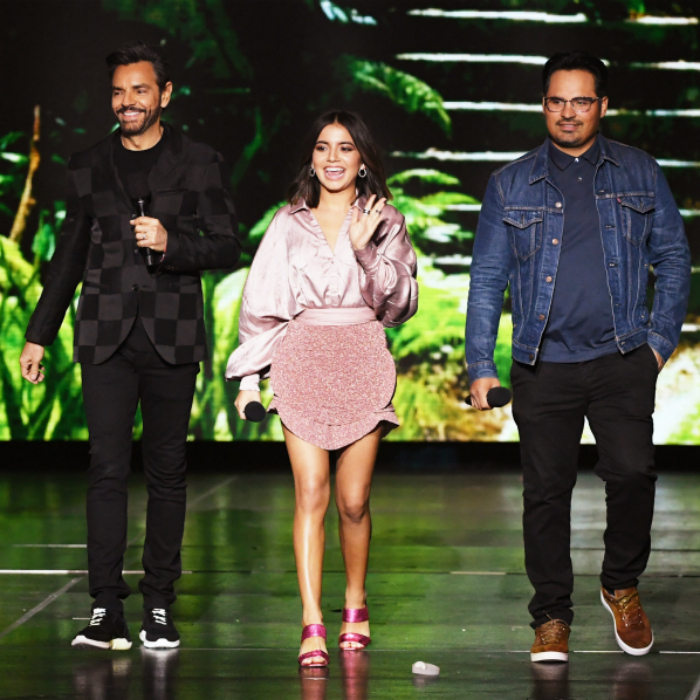 Isabela paid a subtle style nod to her onscreen character at the KCAs. Donning a pink ensemble, Dora’s signature color, the 17-year-old actress looked lovely in a number by Colombian-American fashion designer Esteban Cortázar. She tucked a silky blouse into a tighter and smaller skirt, which had the same hue. The star paired her look with Sergio Rossi heels, which shone bright on the event’s orange carpet. 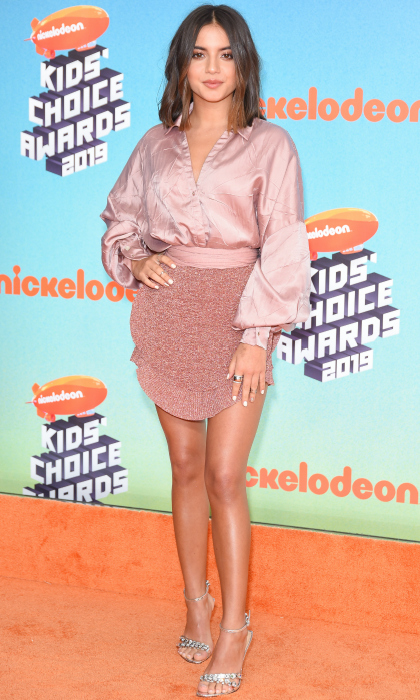 Isabela paid a fashion homage to Dora in pink!

Although Eva Longoria, one of the film’s bigger names, was absent from the onstage presentation, she still shared her excitement virtually. “Catch the trailer this Saturday, debuting live during the Kid’s Choice Awards!” she wrote on Instagram along with the movie’s poster. “I’m filming in Toronto or else I would be there.”

The film’s description reads: “Having spent most of her life exploring the jungle with her parents, nothing could prepare Dora (Isabela Moner) for her most dangerous adventure ever - high school. Always the explorer, Dora quickly finds herself leading Boots (her best friend, a monkey), Diego (Jeff Wahlberg), a mysterious jungle inhabitant (Eugenio Derbez), and a rag tag group of teens on a live-action adventure to save her parents (Eva Longoria, Michael Peña) and solve the impossible mystery behind a lost city of gold.”

Dora and the Lost City of Gold hits theatres on August 2.