Isabela Moner is keeping her heritage alive! The Peruvian actress honored her country by learning Quechua, an indigenous language for her role in Dora and the Lost City of Gold. “The Peruvian community is going to do a flip,” the 17-year-old star told Forbes. “ Dora's adventures will take audiences to Machu Picchu where they'll explore the Incan culture. I had to learn Quechua to speak it in the movie because Dora is very cultured and she knows everything about everything.” 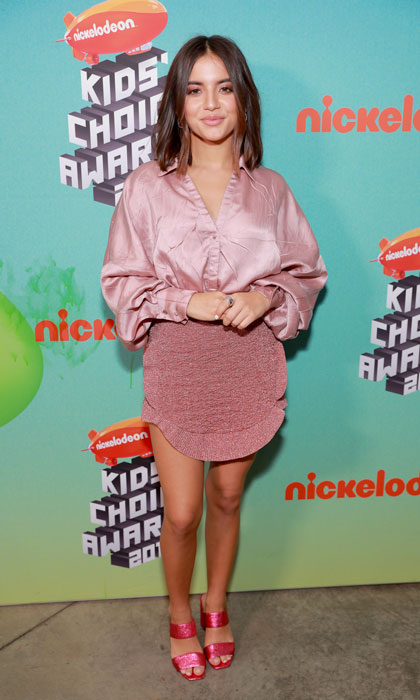 Isabela Moner shared that she learned an indigenous language for her role in Dora and the Lost City of Gold Photo: Getty Images

Isabela had some help while on set. “Between scenes, I'd call my great aunt in Peru to ask her about certain phrases and how to say them in Quechua,” she added. The Instant Family actress, whose mother is Peruvian, takes pride in the fact Peru will have a chance to shine in Hollywood. “I’m still trying to grasp that fact that Peru is finally being represented so largely in Hollywood because it never has before,” she said. “It’s going to be huge in every sense of the word.” The Sicario star also hopes the film premieres in Peru.

WATCH: THE TRAILER FOR THE DORA THE EXPLORER MOVIE IS FINALLY HERE

It was a big weekend for the film – which premieres on August 2. On Saturday, March 23, Isabela was joined by her Dora co-stars Eugenio Derbez and Michael Pena for the premiere of the trailer at the Kids’ Choice Awards. The live-action film based on the Nick Jr. series also stars Eva Longoria. Fans are in for a treat, as the movie sees Dora tackling her “most dangerous adventure ever, high school.”

The film description reads: “Always the explorer, Dora quickly finds herself leading Boots (her best friend, a monkey), Diego (Jeff Wahlberg), a mysterious jungle inhabitant (Eugenio Derbez), and a rag tag group of teens on a live-action adventure to save her parents (Eva Longoria, Michael Peña) and solve the impossible mystery behind a lost city of gold.”