Actresses, musicians, humanitarians, sisters and Latina Powerhouses! Eva Longoria, Rita Moreno, Zoe Saldana and Gloria Estefan have broken the mold and have become top influences and inspiration to women in the entertainment industry. The fierce group have all defined their careers on their terms with drive and determination while securing their own space and opening the doors for others. In this month’s edition of HOLA! USA, Rita, 87, Gloria, 61, Eva, 44, and Zoe, 40, give a lesson on shining your light and illuminating it for others. The women also talk about the strength it took to reach the level of success they have today. 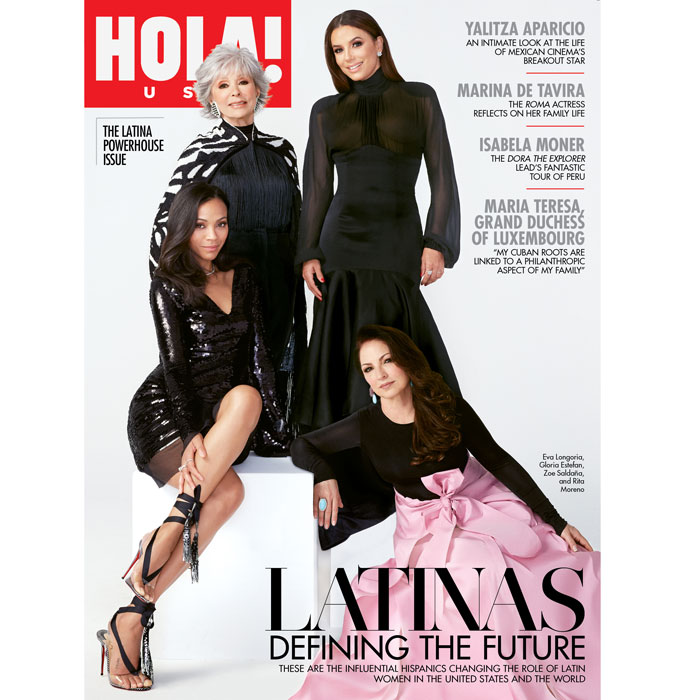 Eva Longoria, Rita Moreno, Zoe Saldana and Gloria Estefan are a few of the women inside our Latina Powerhouse issue

“My mom had me when she was 17,” Rita, who is the veteran of the group told HOLA! USA. “Later, she divorced my dad, which at that time, in Puerto Rico, a Catholic [island], you just didn’t do. After the divorce, she took a ship to America. She didn’t speak one word of English, but that didn’t stop her.”

As for Eva Longoria, who has made the dynamic shift from actress, producer and mother, in the last year, she pulled her lessons from multiple women. “I grew up surrounded by strong, intelligent, educated women,” the Grand Hotel producer said. “My sisters and aunts all went to college, so it was instilled in me by their example. I couldn’t afford to go to a movie until I was in college, so I found my role models in the women in my life.”

BTS: AN EXCLUSIVE LOOK AT RITA, GLORIA, EVA AT ZOE AT OUR LATINA POWERHOUSES SHOOT

Gloria, who found fame through a decades-long music career, didn’t have to look far for admiration. “I give a lot of credit to my mother and my grandmother. Unfortunately, because of my grandfather’s and my father’s health… they had to be in control; they were the ones who brought the money home. And it wasn’t easy.” The Rhythm is Gonna Get You singer continued: “My mother was a teacher in Cuba, and when she left the country they tore up her title. But they can’t take away your education. She didn’t cry, and I never heard her complain.” 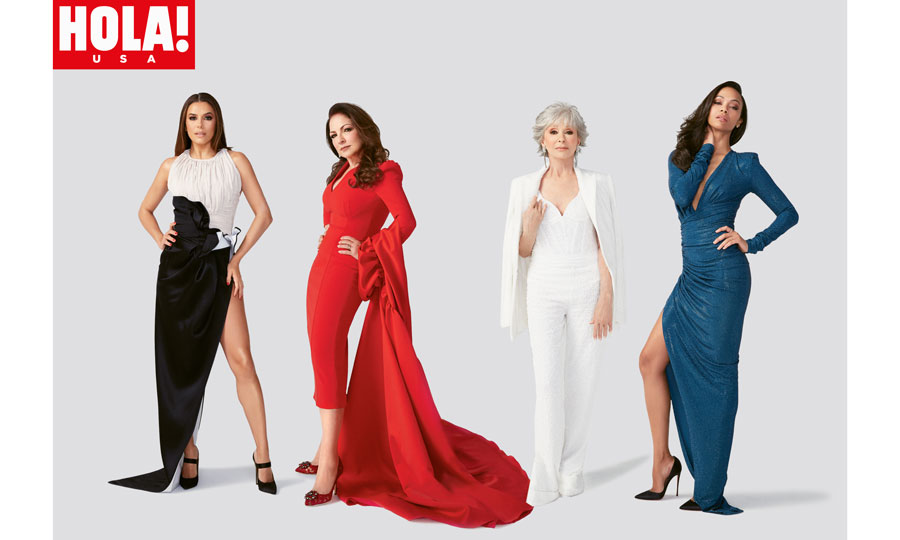 Inside the magazine, the women talk inspiration, strength and paving the way for future Latinas Photo: Bernardo Doral

MORE: From Lineisy Montero to Camila Coelho, these Latina beauties inspire beyond fashion

For Zoe, who is one of the few women and women of color in the Marvel Universe, she pulled her strength from example. “We were taught to be our own person,” she noted. “Hearing great stories of people who looked like me—and people who looked like others— would strengthen my belief that I can do and achieve anything I set my heart on.”

For a look at more exclusive photos from the Latina Powerhouses, pick up the April edition of HOLA! USA – in English and Spanish – available to subscribers on March 22 and on newsstands March 29.