Angelina Jolie and her four youngest children had a fun date night out! The Jolie-Pitt gang walked the red carpet during the premiere of Tim Burton’s Dumbo on Monday, March 11, and couldn’t contain their laughter. Angelina, Zahara, 14, Shiloh, 12, and ten-year-old twins Vivienne and Knox, were overcome with a fit of laughter as they walked down the carpet in front of a sea of flashing cameras. The group managed to pose for a few pictures before walking inside of El Captain Theatre in Los Angeles. Remaining true to form, the family was dressed to impress for the occasion. 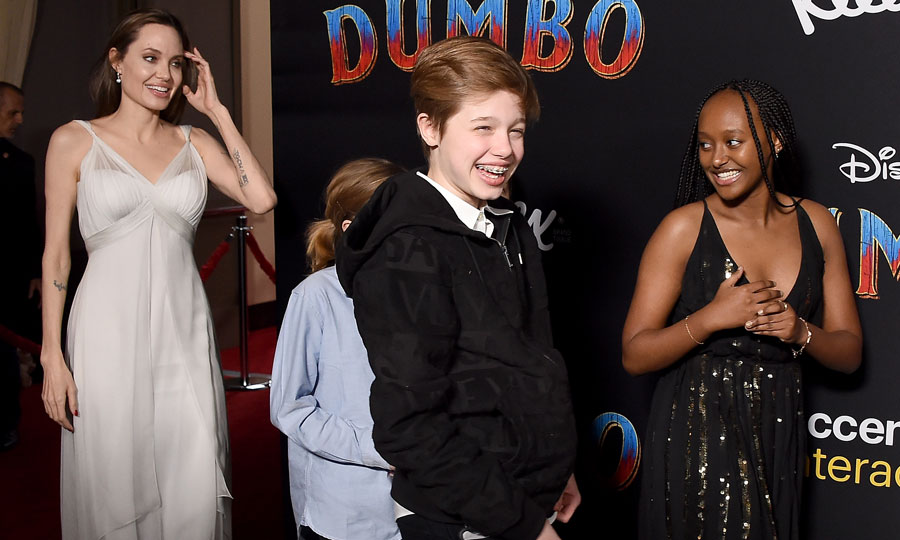 Angelina and her four youngest children were all smiles during the Dumbo premiere Photo: Getty Images

Zahara and Shiloh coordinated in black and white ensembles and the twins opted to go for blue. The Maleficent star was a vision in white. The 43-year-old proudly put her tattoos on display in a white chiffon dress by Atelier Versace. The actress’ long brown tresses flowed past her shoulders. The mother-of-six rocked a nude lip and her signature smoky eye makeup. Angelina and her children have been making the rounds on the carpet. In February, the First They Killed My Father director and her six children got all dressed up for a night out in New York City.

MORE: Angelina Jolie has fun night out with this British royal

Angie was accompanied by all six of her and Brad’s children for the screening of The Boy Who Harnessed the Wind. Angie and her brood walked the carpet and flashed their stunning smiles for the cameras. Maddox, Pax, Zahara, Shiloh, Knox and Vivienne sat closely to each other in the audience as their mother moderated a panel with the film’s director – and Angie’s friend – Chiwetel Ejiofor. Prior to that outing, the Mr. and Mrs. Smith star was joined by her children for the opening night of Prune Nouty’s documentary Serendipity at the MOMA. 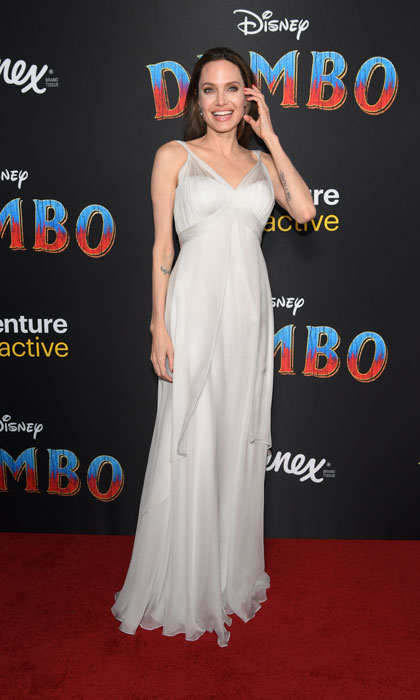 The mother-of-six showed off her tattoos in a stunning Altier Versace dress Photo: Getty Images

TAKE A LOOK: SEE HOW MUCH ANGELINA AND BRAD'S KIDS HAVE GROWN

During their time on the carpet, Angie and her kids hammed it up for the cameras with the help of a series of fun props. Angelina, who split from Brad Pitt in 2016, will play the lead in the upcoming film, Maleficent: Mistress of Evil. While the Disney film is set for release in October, it’s no doubt that she will have her six biggest supporters by her side during the premiere.