Angelina Jolie had a special night out with her children. The proud mother was joined by her six children on Monday, February 25, in New York City, for the screening of The Boy Who Harnessed the Wind. Angelina, 43, was all smiles as she posed alongside her and Brad Pitt’s children Maddox, 17, Pax, 15, Zahara, 14, Shiloh, 12, and ten-year-old twins Vivienne and Knox. The Jolie-Pitt crew was on hand to support actor Chiwetel Ejiofor who directed the film. Angelina and Brad’s children coordinated with their mother of the occasion. Vivienne, Pax and Zahara wore all-black. 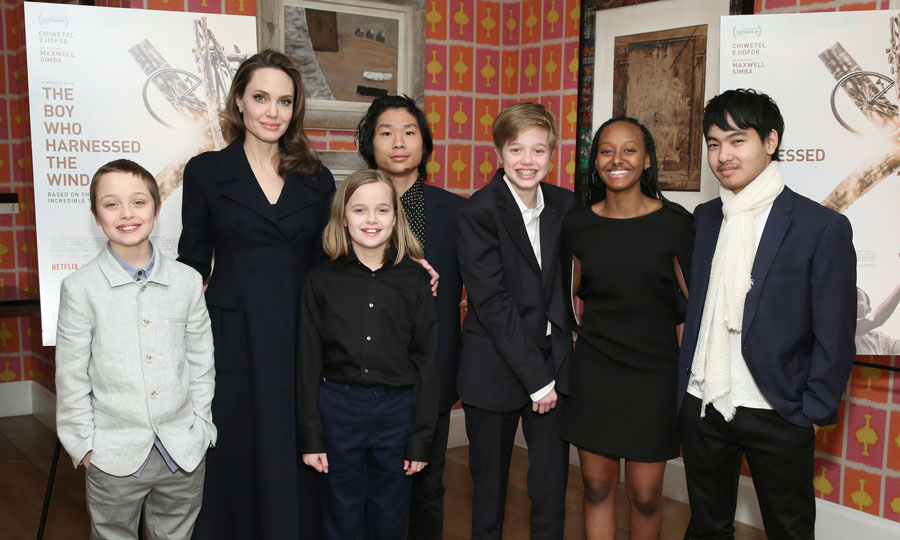 Angelina Jolie was joined by her children for a special screening in NYC Photo: Getty Images

Maddox, Shiloh and Knox opted for black and white outfits. Based on the 2009 novel, The Boy Who Harnessed the Wind tells the story of a 13-year-old boy who helps his village. The Maleficent actress joined Chiwetel on stage to moderate a panel after the screening. The A-list family made another appearance in NYC, ahead of their night out. On Thursday, February 21, Angelina was joined by Shiloh, Zahara, Pax and Maddox, for the opening night of Prune Nouty’s documentary Serendipity at the MOMA. In 2018, Angelina and Brad’s children made a series of red carpet appearances alongside her.

In January 2018, Shiloh, who broke her arm during a snowboarding accident, and her sister Zahara joined their mother at the National Board of Review gala. The same month, Pax accompanied his mother at the Golden Globes in support of her film First They Killed My Father. The last time the filmmaker had all six of her children on the carpet was in 2017 for the premiere of First They Killed My Father in September 2017 at the Toronto Film Festival. 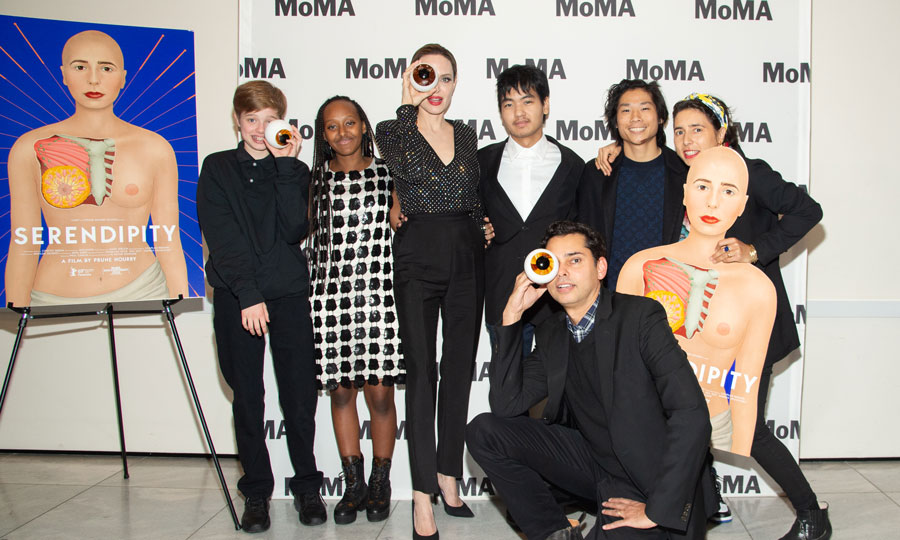 The actress has made multiple appearances with her children in the last week Photo: Getty Images

Angelina, who split with husband Brad Pitt in 2016, opened up about her children’s personalities. "[My kids] all have a good rebellious streak that is wonderful and curious,” the actress said during and interview with BBC Radio 4’s Today in December. “I don’t want them to be perfectly behaved little people that just say what’s absolutely appropriate because I say so … they have to find themselves.”