Their busy work schedules often keep them apart, so Chris Hemsworth and Elsa Pataky always make sure to make the most of the precious downtime they get to spend as a family with their children India Rose, six, and four-year-old twins Tristan and Sasha. There's no denying that Chris is the perfect Papa - although that side of his persona runs in tandem with the undeniable fact he's one of the biggest Hollywood heartthrobs on the planet. Take a look at these photos from the star's family outing with his wife Elsa and their little ones and you'll catch our drift. 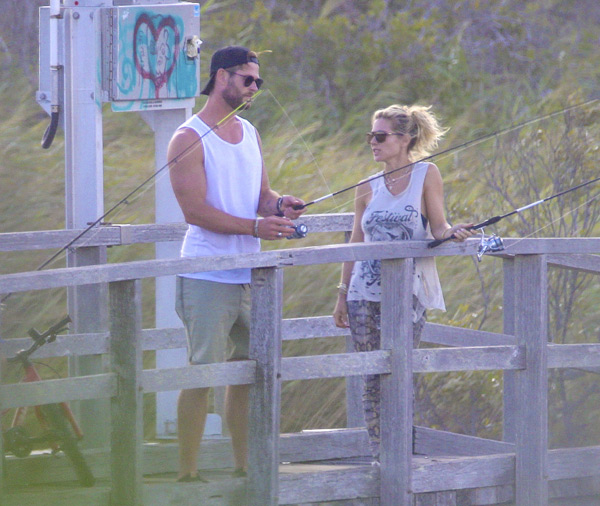 Since they've moved Down Under, the couple has made the most of the things Australia is famous for - not only the country's beautiful beaches, but nature and wildlife too. The family were clearly enjoying their time in the great outdoors on their afternoon fishing trip - and there was a moment that fans of Chris' fantastic physique were sure to be happy about too.

As conditions became breezy, the Thor star whipped off his shirt to give to one of his daughters - thus giving fans a glimpse of his impressive upper body. It's no secret that Chris is a big fan of working out, and when the results are so good, who can blame him? The 35-year-old is the perfect walking advertisement for his own fitness app, and has a large portion of the spacious Byron Bay home he shares with Elsa purely devoted to gym space - as Elsa explained to HOLA! recently. "It doesn't have even seven or eight bedrooms - we have four. And a big gym - because that's what we like the most," said the Spanish actress responding to rumors about the disproportionate size of their new home. 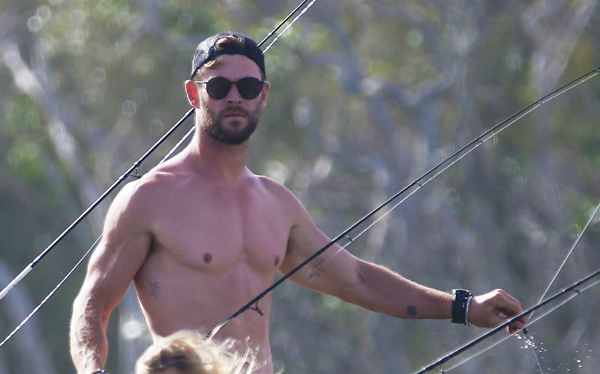 It was almost five years ago that Elsa and Chris swapped Los Angles for Byron Bay, the Australian coastal town where they now live surrounded by nature. One look at Elsa's Instagram shows a life full of family, love, sport, and sandy beaches. it's clear that the family are certainly living their best life Down Under.