Kate Middleton’s younger sister, Pippa Middleton, made her first official public appearance since giving birth to her son last year. The 35-year-old looked amazing at a charity gala on Wednesday evening in a striking patterned floor-length dress by Alice Temperley featuring flouncy ruffled sleeves and a sleek bow-tie detail. The new mom complemented the bold number with a bright red clutch, and she wore her hair in a classy updo. Pippa, who is an ambassador for the British Heart Foundation, attended the gala with her husband, James Matthews. 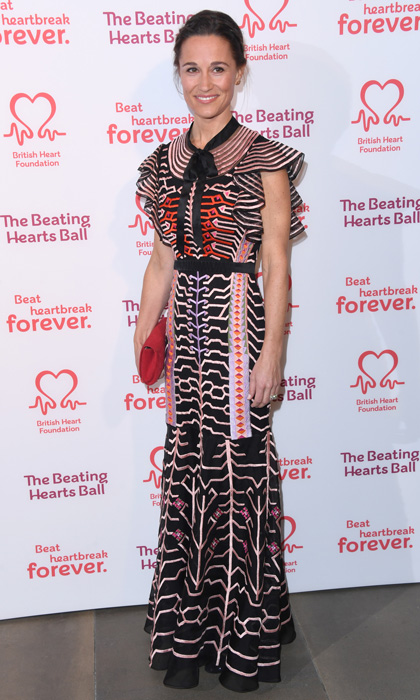 MORE: Did you miss Mariah Carey this NYE? It looks like she was with Pippa Middleton!

Over the last five years, Pippa has helped raise awareness and funds for the BHF by participating in the London to Brighton Bike Ride in 2015, followed by running the Great Wall of China in 2016. She also contributed to a heart-healthy recipe book, Heartfelt. In a speech she made at the event, Pippa expressed how her role has been one of the most rewarding things she’s ever done. Pippa and James welcomed their baby boy, Arthur Michael William, in October 2018, and have been spending a lot of family time with another trio – James’ brother, Spencer Matthews, his wife Vogue Williams and their four-month-old boy, Theodore. 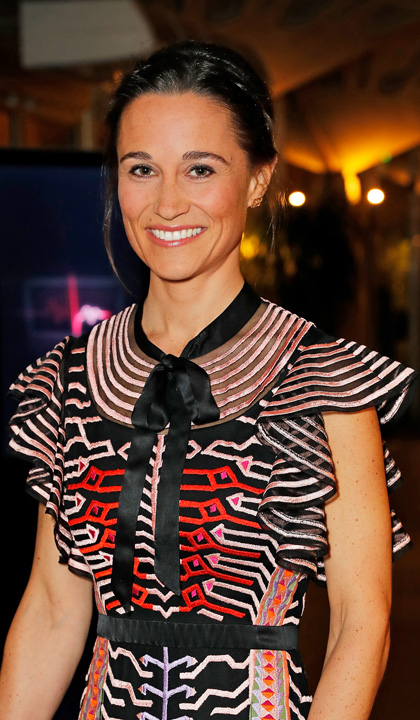 Surely, baby Arthur will have many cousins to play with as Prince Harry and Kate’s three children, Prince George, 5, Princess Charlotte, 3, and Prince Louis 10 months, are only a few years apart from their younger cousin. In the final stretch of her pregnancy Pippa opened up about the process. “Movement is certainly getting more awkward. As a result, one of the biggest changes is that my lower body has tightened up. The knock-on effect is making my back and sacrum both uncomfortable and achy,” she explained.

MORE: Pippa Middleton and her baby jet to St. Barts

“The transformations to my body that are taking place as it prepares for childbirth have meant that the sound sleeps and the baby bubble effect have gone. Reality is finally kicking in. Perhaps this is the body’s way of making sure that you get in tune with what lies ahead,” she added.