Without a doubt, Lili Estefan is one of the our most loved TV stars. Her beauty and talent have kept her in the spotlight, along with her famed presence for the past 20 years on El Gordo y La Flaca alongside her equally charming co-star Raúl 'El Gordo' de Molina. However, Lili isn't just showered with affection from her throngs of fans! The gorgeous Univision host is also irresistible to some of the many famous names that she calls her friends. Once such celebrity captivated by her charisma is Marc Anthony, also known as El Flaco de Oro, who recently demonstrated just how much he adores her. In a video shared on Lili's Instagram account, we can see the heartthrob crooner smothering her with kisses, a sweet moment that had fans going wild! In the clip, Lili is heard making reference to the nickname that they share – flaco/flaca, meaning 'skinny' – saying: "This is from flaco to flaca, only we can understand,'" she says as Marc shows his affection. "I love you," the Vivir Mi Vida singer says with a laugh in response. 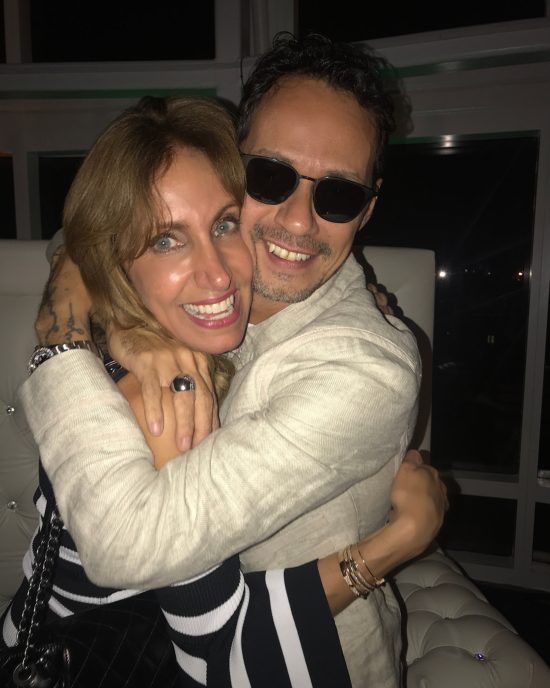 MORE: YOU HAVE TO SEE THIS ADORABLE PHOTO OF MARC ANTHONY AND JENNIFER LOPEZ'S TWINS

"This is flaco love! My encounter with the 'Flaco de Oro' the night of Premio Lo Nuestro, after opening the show with his world premiere of Tu Vida en la Mía. Congratulations mi Flaco bellooooooo," she wrote in Spanish alongside the video.

‘La Flaca’s’ followers loved the video celebrating the beautiful friendship, showering the clip not with kisses, but likes!  "They are beautiful and Lili is better than ever, bravo," wrote one of the presenter’s fans. "I love their friendship and the sincere and genuine affection they have. Marc fans love you, beautiful Flaca, thank you for loving him so much,” wrote another.

MORE: MARC ANTHONY LOSES HIS COOL ON TWITTER - FOR A VERY GOOD REASON

The love between Lili Estefan and Marc Anthony is strong! We've seen them on various occasions looking like BFFS – whenever they see each other at an event, the two can't hold back their mutual affection, and can't help but get caught up in hugs and kisses. Last May, the TV host and the singer were spotted at a Maluma concert in Miami. Backstage the two amigos were joking with one another non stop, captured in images which they happily shared on social media.