As far as his personal life goes, Marc Anthony tends to stay pretty private. Nonetheless, the Puerto Rican artist can't help but share certain magical moments he has with his kids. The Flor Pálida singer surprised his followers on Instagram when he shared an unusual - and touching - photo in which his hands are stacked under those of his two out of five children, twins Max and Emme, whom he shares with Jennifer Lopez. In addition to showing his tenderly dad side, Marc took the opportunity to wish his kids an early happy birthday. On February 22, the twins will turn 11.

On his Instagram account - where he happens to have more than 8.9 million followers - the 50-year-old singer shared the lovely pic along with a beautiful description. "When I get home and all my twins want is to be with their daddy. Speechless. Happy birthday to my angels. " 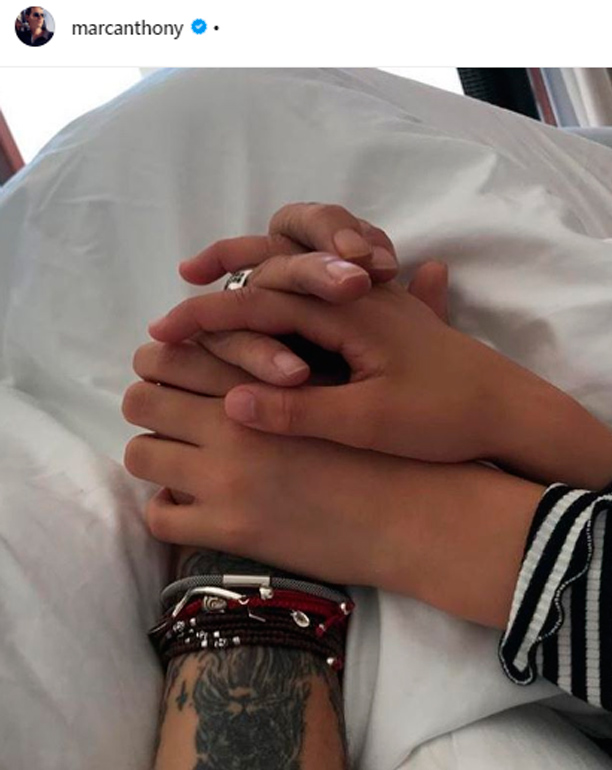 It’s safe to say the number of photos featuring Max and Emme and Marc’s other children is not a large number. When the salsero turned 50 last September, he organized a theme birthday party in Miami where he was accompanied by his twins, in addition to Cristian and Ryan, the boys he had with Dayanara Torres, and Alex 'Chase' Muñiz, his daughter Arianna’s older brother, whom he also considers as one of his own kids. Excited to have almost all his children reunited that night, Marc shared a series of photos and videos in which he appears enjoying his time with them.

Marc and J.Lo, together for their children

It’s very likely that Marc and J.Lo will throw an epic birthday bash to celebrate their twins getting older. Although the couple separated in 2011, the singers maintain a friendly relationship for the sake of their kids and have even celebrated several of their birthdays in unison – one of them back in 2015 when they turned seven. Jennifer took to social media to post a family selfie in which she appears with her ex-husband and their little ones, whom she affectionately calls coconuts, because according to her, their little heads had a similar shape to the fruit when they were babies! 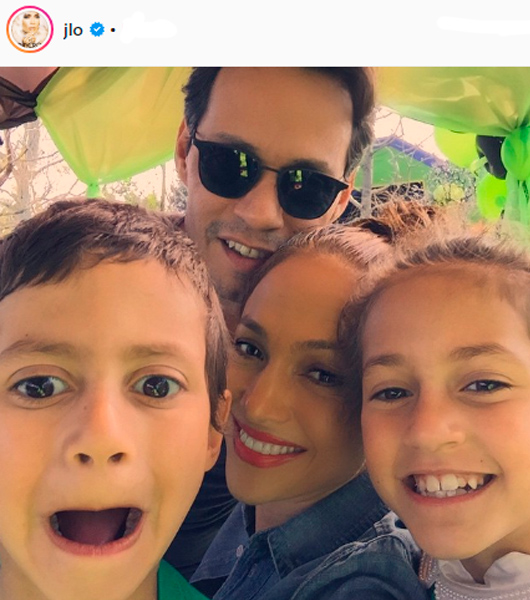 Marc and J Lo remain friends for the sake of their children Photo: Instagram/@jlo

The best thing of all is Marc also carries a friendly relationship with the singer’s boyfriend, Alex Rodriguez. J Lo and A-Rod have been together since 2016 and little by little they have become a happy family unit that also includes his two daughters and her twins. Just last year Alex, Jennifer and Marc attended one of their children’s school functions and had a great time. Alex made their amicable relationship very clear when he posted a family photo that soon became viral. 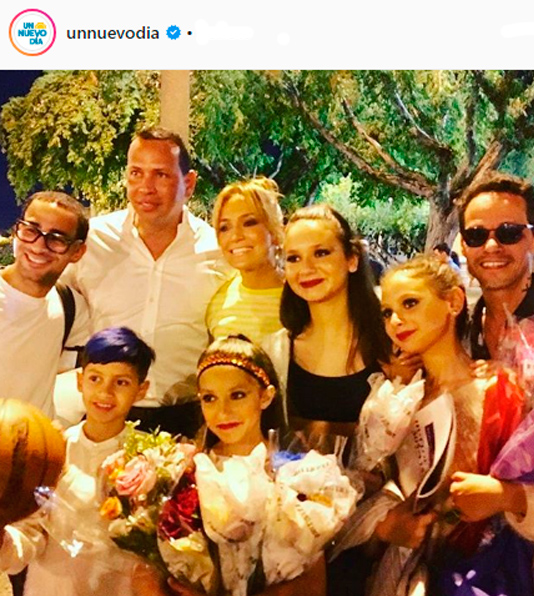 Together they make one great, big family Photo: Instagram/@unnuevodia