Shakira paid a surprise visit to the Miami Beach Fire department over the weekend where she was an “honorary firefighter for the day.” In the company of Milan, 6 and Sasha, 4, the singer and her two boys were given VIP access at Station one. The fire department took to Instagram to share photos of the fire deparment crew with the Colombian singer and her little ones. “It’s not every day Shakira makes a stop at the fire station! The kids didn’t want to miss the chance to check out our trucks and our crew couldn’t pass up snapping a photo with Shakira,” read the caption. 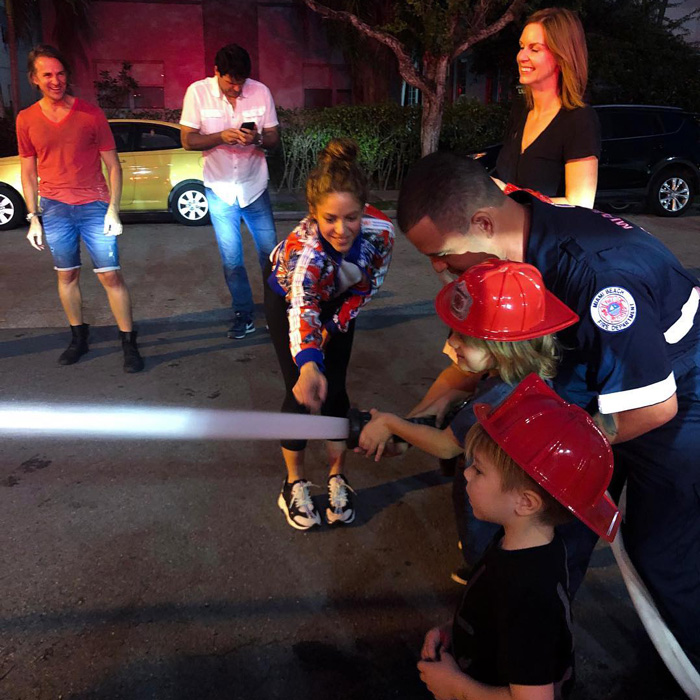 Shakira and her two sons made a surprise visit to the Miami Beach Fire Department over the weekend Photo: Instagram/@miamibeachfire

MORE: Shakira shows the world how she burns off the calories from 4 plates of pasta

A separate post features a carousel of photos where the Clandestino singer and her sons are shown how the fire hose works, followed by an image of them atop a fire truck, and one with a firefighter posing next to the 42-year-old beauty. The caption reads, “Everyone was all smiles when @Shakira stopped by the station yesterday & was an honorary firefighter for the day!” 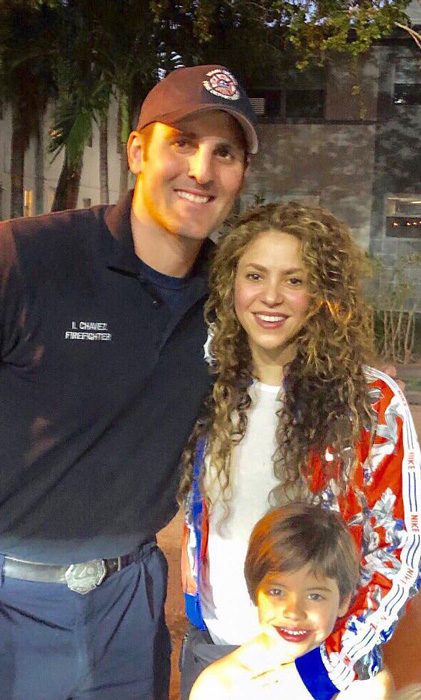 The three received VIP access during their visit at Station One Photo: Instagram/@miamibeachfire

The following day, the Hips Don’t Lie singer stopped by the Miami Beach Police department where she showed off her mad boxing skills. As seen in intense routines with personal trainer Anna Kaiser on Insta, the singer has been working out non-stop and is on-a-roll getting ready for what could be her next tour. 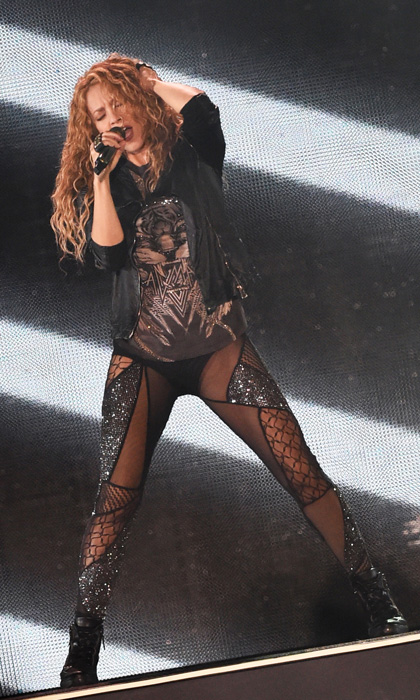 The Colombian singer is nominated for four Latin Billboard Awards