After Jennifer Garner finalized her divorce with Ben Affleck, reports began to surface that the actress had found love again with a handsome businessman. Sources spoke of a romance with John Miller, executive director of a technology firm, but no official confirmation ever came from the actress. Now it seems no statement is necessary - as new photos have emerged of the two pictured together for the first time, and it's clear from the shots how much they like each other. Jennifer, 46, can be seen snuggling up to John on a balcony during a date night and the pair share laughs - and at one point Jen hugs her new man. The Alias star, who is wearing a black shirt and a camel-colored jersey, looks relaxed and happy in his company.

SEE THE PHOTOS OF JENNIFER AND JOHN HERE 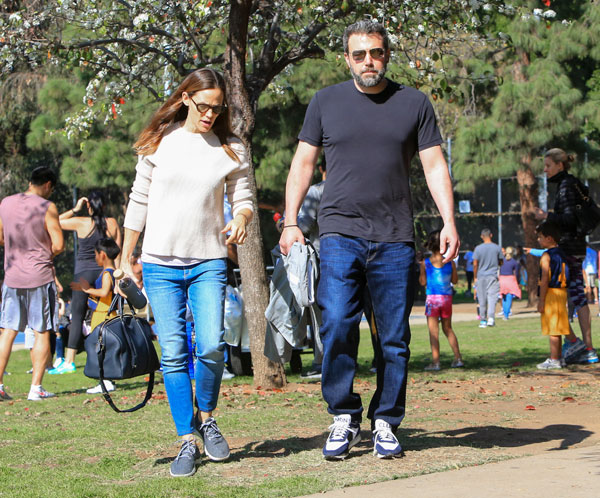 Jennifer and Ben Affleck announced their separation in June 2015, a day shy of their ten-year wedding anniversary Photo: Getty Images

In October, three years after announcing their separation, the couple signed divorce papers and came to an agreement to share custody of their three children Violet, 13, Seraphina, ten, and six-year-old Samuel. With their little ones in mind, the pair has maintained a good relationship, and have been seen together several times. The actress was the one who took her ex-husband to his third rehab stay when he sought help for his addiction issues last summer.

More: Everything you need to know about Jennifer Garner's new man John Miller

With her personal life in an exciting new chapter, Jennifer seems happier than ever. Her new man John - the 40-year-old director of Cali Group - knows all too well what it's like to rebuild after divorce with kids in the picture. He has two children with his ex wife, violinist Caroline Campbell. The couple have been quietly dating since the spring of 2018, but have kept their blossoming romance out of the spotlight.