Amy Adams may have been the one being honored, but it was her daughter who stole the show during her Hollywood Walk of Fame ceremony on Thursday. The Nocturnal Animals actress had the support of her husband Darren Le Gallo and their six-year-old daughter Aviana, who made a rare public appearance with her parents. 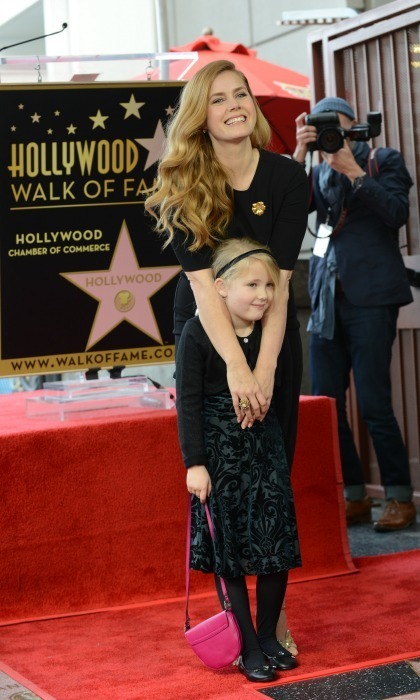 Amy said the moment was too special for her six-year-old daughter to miss Photo: Albert L. Ortega/Getty Images

"It was amazing," she told E! News about sharing the moment with her daughter. "I try to keep her really private, so it was a conversation that my husband and I had. We thought it was a very special moment to share with her."

The 42-year-old's little girl appeared next to her in photos wearing an all black dress, with an all black headband and a pink purse. Aviana's outfit appropriately mimicked her always chic mother's all black Armani dress. The mother-daughter duo posed for pictures kissing the star, as well as looking adoringly at each other. 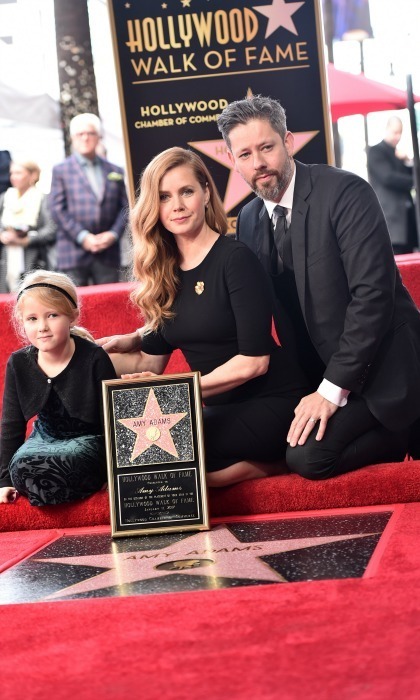 Amy became emotional as she thanked her family during the ceremony Photo: Albert L. Ortega/Getty Images

While accepting the honor, which was presented to her by her Arrival co-star Jeremy Renner, Amy took the time to thank her family for all of their support. "I wanted to take this opportunity to tell you all how much I love you...you guys are the best," she said while getting emotional. "Honestly, I never expected I would have friends and family who would stand by me, who would ground me and who would come today to celebrate me."

Darren showed off how proud he is of his wife by also posting a photo of the star on Instagram. He wrote alongside the photo of his daughter and godson, "I am SO proud of my lady!! Today she got her star on Hollywood Blvd."