Reynolds party-of-four! Blake Lively and Ryan Reynolds’ daughters have officially made their public debut. The Hollywood stars’ little girls, James and newborn daughter, stepped out on Thursday with their famous parents to support their father, who was honored with a star on the Hollywood Walk of Fame.

“I want to thank my wife, Blake, who is sitting right there, who is everything to me,” the first-time Golden Globe nominee said in his speech. 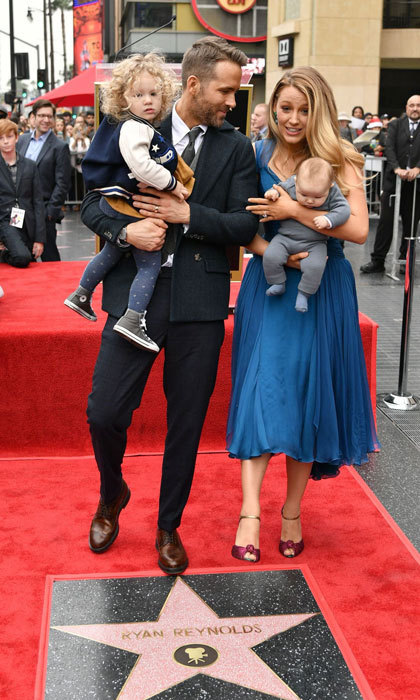 He continued, “You are the best thing, the best thing that has ever happened to me — second only to this star. …You make everything better, absolutely everything in my life better. You’ve made me the father of my dreams when I thought I only had fun uncle potential.”

The outing marks the first time the couple has been photographed with their children at a public event. James looked adorable for the occasion sporting a bomber jacket that featured colorful dinosaur patches, which she paired with blue spotted leggings and black Converse. The curly-haired tot, who turns two on December 16, appeared fascinated by a microphone that she got her hands on. 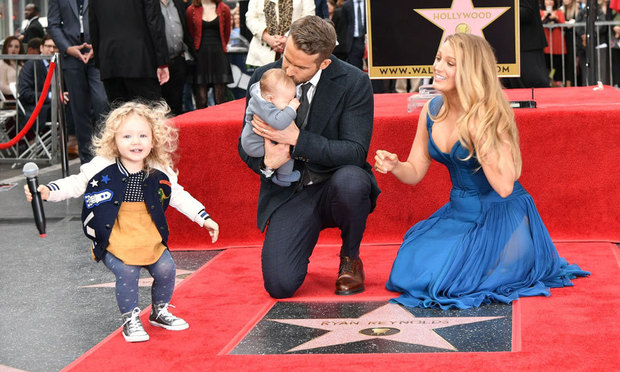 Blake stunned at the Hollywood event donning a flowy blue dress and wearing her golden locks loose like her firstborn. The Shallows actress kept her baby girl, who was born in September, close to her chest. Following Ryan’s heartfelt speech, the gorgeous family posed together for photos.

Back in March, Blake told Marie Claire that she wanted her children to have “normal” lives. “Ryan had a nice, normal upbringing, and we want our kids to have the same normal life that we had,” the Gossip Girl alum said. “We don't ever want to rob them of what we had, because we'd feel really selfish.”