Chloe Grace Moretz is wearing more than her heart on her sleeve these days since reuniting with Brooklyn Beckham, she is also wearing his mom's designs. The 20-year-old actress stepped out in a Victoria Beckham striped, two-piece suit for the Forevermark Tribute in New York City on November 7. While she is a fan of the mom-of-four's style she joked with HELLO!, that, "I'm not that far yet!," in terms of getting any of the former Spice Girl's jewels.

The Neighbors actress, who has been on and off with the oldest Beckham child since their initial meeting in 2015, does respect and admire his mother. “She is one of the most incredible, important, smart sophisticated businesswomen and mothers that I’ve met,” she shared. “She’s a real heart and a real beautiful person.” 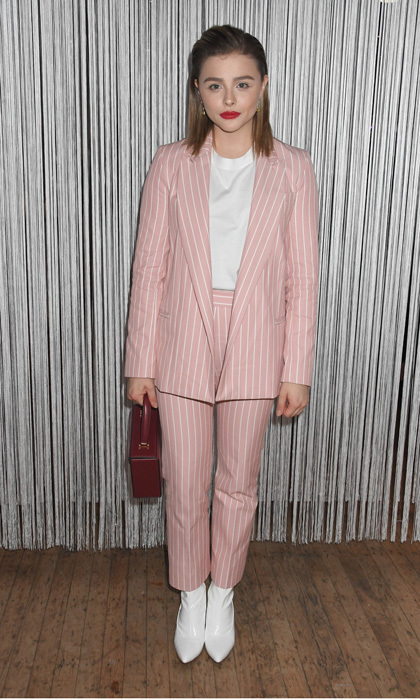 Like his mother, the Kick-Ass star has nothing but good things to say about her boyfriend. "I think we chose each other. It’s been years on and off and it’s just one of those things where you come back and it’s like no time was spent away from each other at all,” she said. “I think that’s the most important thing." That and making sure their relationship stays between them. "When your lives are an open book, we like to have our little private world and that’s important to us," she continued. And as for their perfect date night she added, “Just he and I together. We don’t need much more than each other’s company when he and I can grab it.” 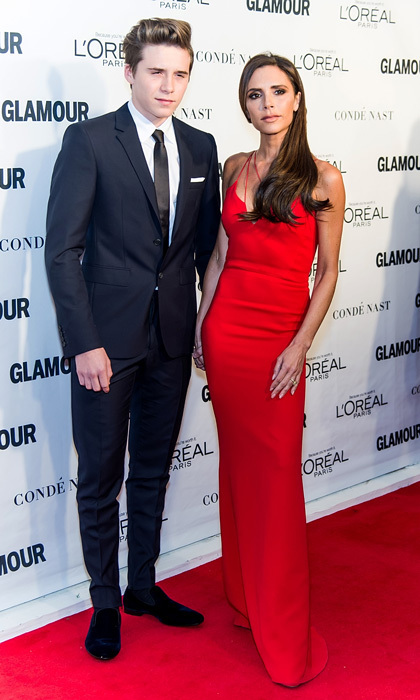 Living on opposite sides of the country, the actress happens to keep mementos with her when they are apart. “Well, I steal a lot of his clothes,” she said. “I think he’s adorable. I love his style. I give him good facial products, and I take his jackets.” Though she may have no problem taking his clothes, there is one item that the self-professed 'old lady' needs to be patient for. “There is an emerald cut amethyst with little diamonds on the side of it that’s from my great-grandmother,” she said of her family's heirlooms. “It is stunning and it’s from 1923. I’m like 'that one is mine – no one touch. Hands off.'”