It looks like Joaquin Phoenix and Rooney Mara have taken their relationship to the next level. The normally private actor opened up about his romance in a new piece for The New York Times, revealing that he and his Mary Magdalene co-star have moved in together. Joaquin told the publication that he and Rooney are sharing a home in the Hollywood Hills. 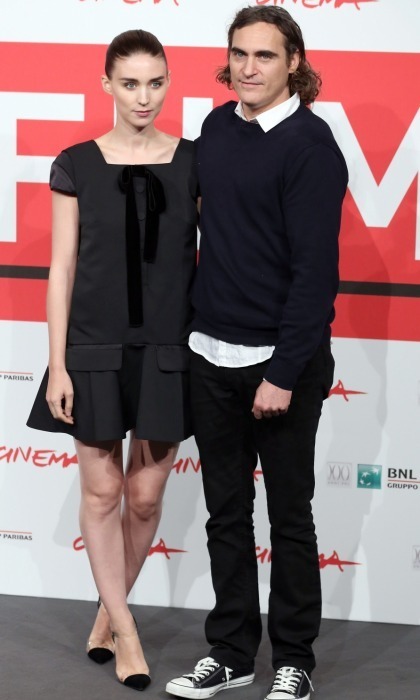 While the 42-year-old actor remained fairly reserved about how long they have been sharing a home, he did divulge some tidbits on how the duo spends their private time there. Fans might be surprised to learn that the two A-listers lead a remarkably simple life. For one thing, according to Joaquin, bedtime is usually 9 p.m. and wakeup is around 6 a.m. When he’s not working, the star mentioned that he expels much of his time completing ordinary activities at home.

Among the daily happenings that Joaquin revealed were: catching up on emails, meditating, “chilling” with his dog, taking karate classes, reading scripts, and, of course, eating. As one would imagine there to be in a household of actors, there is also a lot of screen time. The pair prefers cozying in and watching documentaries, as opposed to films. He said they recently watched one of Rooney’s picks, the 10-hour true-crime doc The Staircase. Joaquin noted that the last film that really got him excited was Disney’s Moana, which he called “beautiful.” 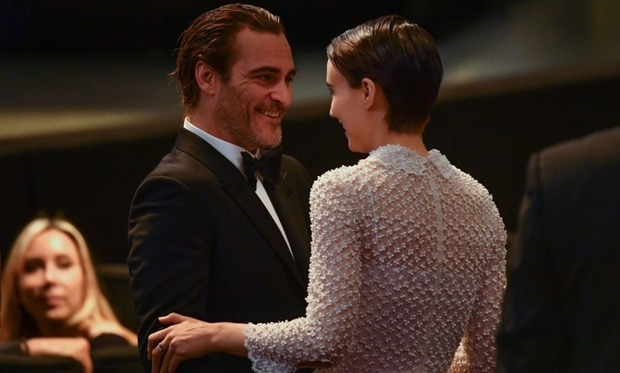 Although the Puerto Rican native and his 32-year-old girlfriend previously worked together on the 2013 film Her, he said they didn't fall in love until filming their upcoming movie Mary Magdalene. Joaquin was drawn to the biblical story, in which his leading lady stars as the title character and he plays Jesus. “I was looking for something meaningful. I was looking for an experience. I was friends with Rooney,” Phoenix said of the retelling of the New Testament.

Joaquin and Rooney turned heads during their first public appearance together at the 2017 Cannes Film Festival closing ceremony this past May. There, they were spotted intimately talking and embracing after Joaquin won the “best actor award” for his performance in the drama You Were Never Really Here. They were later seen leaving the gala together, smiling and holding hands.