Football star Aaron Rodgers is opening up about his personal life like never before. In a candid interview with ESPN, set to hit the stands this September, the generally private Green Bay Packers quarterback divulges details about his very public breakup with actress Olivia Munn and his much talked-about family issues. The 33-year-old athlete also subtly slams critics that couldn’t separate his life at home from his work on the field. 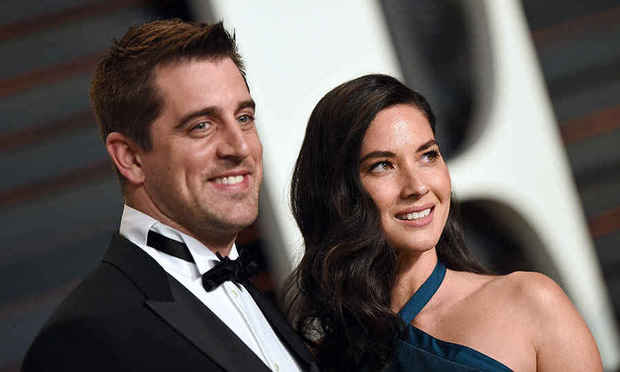 "When you are living out a relationship in the public eye, it's definitely ... it's difficult," he says of his almost three-year relationship with the X-Men star, which was reported as over this past April. "It has some extra constraints, because you have other opinions about your relationship, how it affects your work and, you know, just some inappropriate connections."

When asked if he's referring to those who questioned whether Olivia was hindering his performance on the field, Aaron simply nods. “They're such misogynists, right?” he adds. "There's some horrible media outlets that ... you say something or do something, where there's a story, and they just go with it and run with it," he also says more specifically. However, the NFL star reveals in the piece that he’s gotten good at tuning out the rubbish. 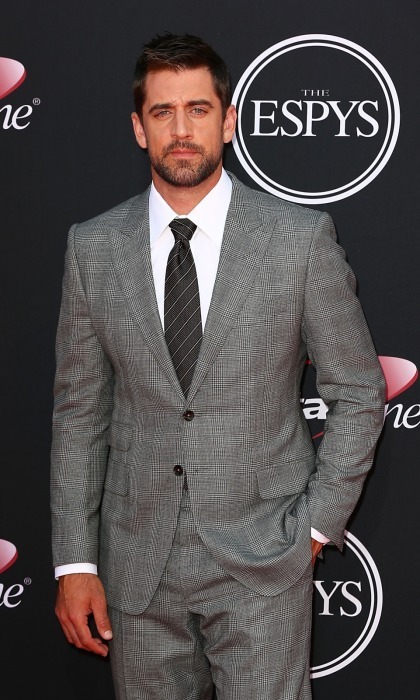 "When somebody thinks of you a certain way that's not real, or says something about you that's not true, I ... you know, that's not me," he says. "You're not seeing me the right way." The football star refers to his much-discussed family issues, which his younger brother Jordan surprisingly exposed while appearing on The Bachelorette.

Although Aaron remains pretty quiet about his estrangement from his parents and brothers, he does recognize the family drama. He asserts that keeping the matter private is the right route. "Because a lot of people have family issues," he explains. "I'm not the only one that does. It needs to be handled the right way." He continues to say: "I think there should be a separation between your public life and your personal life. I've just always felt like there should be a time when you don't have to be on." 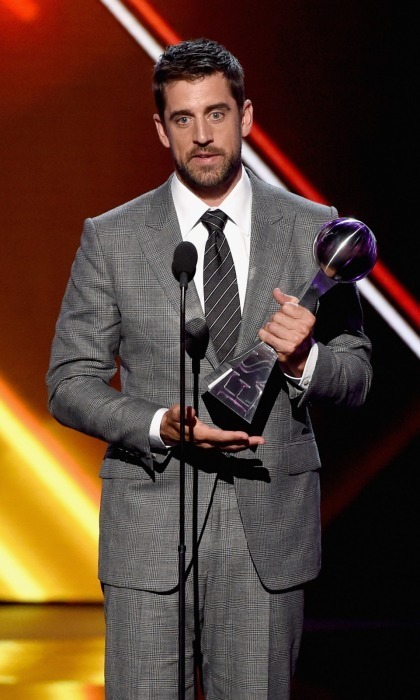 “Decreased privacy" is one of the most discomforting effects of being famous to Aaron. "And increased strain or pressure or stress associated with relationships – friendships and dating relationships.” It’s clear he approaches the media with trepidation, taking precautions like: only meeting at a neutral location versus his home, and using his own recording device so that his words "won't be taken out of context."

However, his safeguards don’t stop him from living an authentic life. "I do have a desire to be myself and not have to feel like I've got to be so private," he also says in the candid article written by Randall Slavin. "I think, because I live in a fishbowl, you either kind of internalize everything or you just relax and let life be."