It's that time of year again, when parents across the country help their freshman kids get settled in at college! Former President Barack Obama and his wife Michelle did just that as they dropped daughter Malia off at Harvard University on Monday. 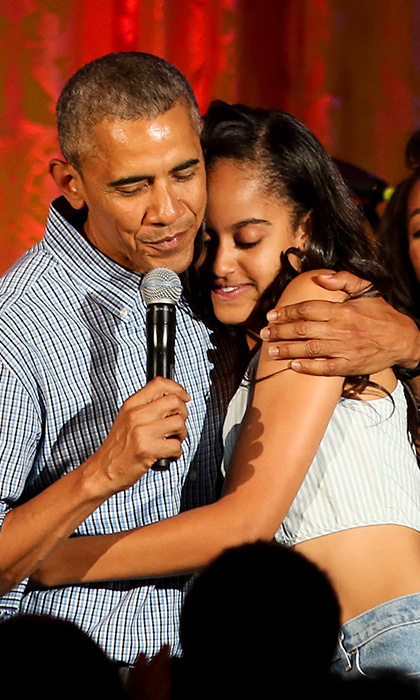 Malia, 19, took a gap year but is now starting her college career at Harvard University, where both her dad Barack, pictured, and mom Michelle studied law Photo: Getty Images

The proud parents were seen with 19-year-old Malia at her freshman dorm, where she was permitted to move in one day early. The Obamas, both dressed down and wearing sunglasses, were visibly emotional as they said goodbye to their firstborn, who is older sister to 16-year-old Sasha. The couple were chauffeured in a two-car convoy, riding in an SUV and accompanied by personal protection officers.

Malia graduated from Washington D.C.'s private school Sidwell Friends in June 2016, then opted to take a year off before starting university, choosing to travel and do an internship in her time out. 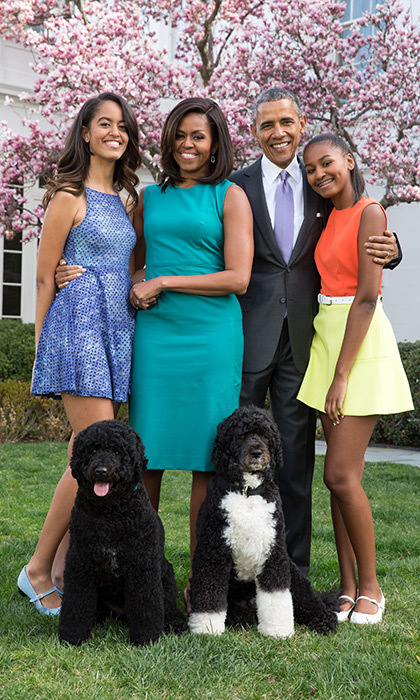 The former First Daughter joined her mom and younger sister on an educational trip to Africa and Spain after graduation, in order to promote the Let Girls Learn initiative. Malia also spent three months in Bolivia and Peru, volunteering with the Colorado-based program Where There Be Dragons. And earlier this year, she relocated temporarily to New York where she interned for mega-producer Harvey Weinstein.

WATCH: Malia Obama has a blast at Lollapalooza

It's clear to see that Barack is incredibly proud of his two daughters and in his final farewell speech as president in January 2017, the politician said: "Malia and Sasha, under the strangest of circumstances, you have become two amazing young women, smart and beautiful, but more importantly, kind and thoughtful and full of passion. You wore the burden of years in the spotlight so easily. Of all that I've done in my life, I'm most proud to be your dad."

The Obamas were also spotted on a 10-day trip in Indonesia earlier this summer, where they took in the sights of Bali and Jakarta as a family.