Five months after Inauguration Day, the president's wife Melania Trump and youngest son Barron have finally made the move to the White House. The First Lady and First Son had remained in their New York City home until the end of the 11-year-old's school year, but with summer vacation underway they two were seen on Sunday with President Donald Trump relocating to their new Washington, DC home. 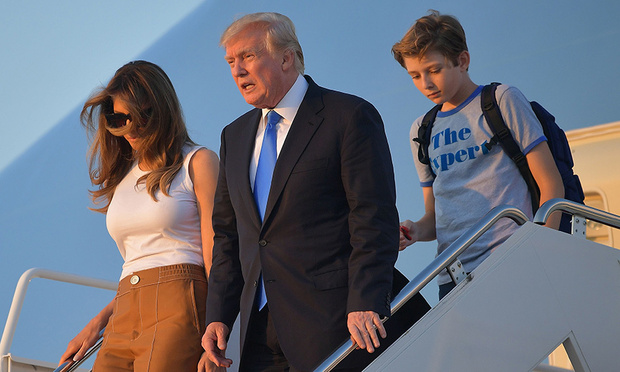 MORE: Everything you need to know about Barron Trump

At around 8pm on Sunday evening, First Lady Melania took to Twitter to share her first post since moving in. "Looking forward to the memories we'll make in our new home! #movingday." she wrote alongside a photo of the Washington Monument taken from a window of the White House. Shortly afterwards, her communications director Stephanie Grisham also confirmed the move, writing: "It's official! @FLOTUS & Barron have made the move to DC! #WelcomeHome." 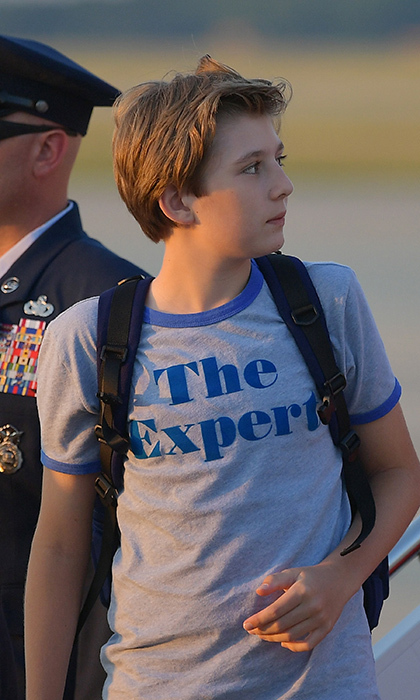 Mom Melania had remained in NYC with son Barron, 11, until the end of his school year Photo: Getty Images

Joining the Trumps at the White House were Melania's parents, Viktor and Amalija Knavs. They are expected to become very familiar faces at the official residence as they help Melania transition into her new role and offer their assistance with Barron. The Slovenian couple relocated to New York to be near to their daughter and grandson in their Trump Tower penthouse, but it is not confirmed whether they will be moving to Washington full time.

GALLERY: ALL OF MELANIA, IVANKA AND TIFFANY TRUMP'S INAUGURATION FASHION


It's not unusual for First Grandparents to provide a helping hand to their children at the White House. Michelle Obama's mother Marian Robinson lived with the family in Washington DC, and accompanied granddaughters Sasha and Malia on numerous occasions, including their "Let Girls Learn" trip to Africa and Spain in 2016.

In 2012, Marian told Essence that after President Obama was elected and she was asked to move to DC from her Illinois home, "I said yes because I knew I'd be worrying about them if I was back in Chicago anyway. I just hoped I could be helpful. You see, my job here is the easiest one of all: I just get to be Grandma."