The wedding countdown begins! Guests are starting to gather in England for Pippa Middleton's May 20 nuptials – including Prince Harry's girlfriend Meghan Markle, who will be attending the big day as his date. According to E! News, the Suits star landed at London's Heathrow Airport on Tuesday and headed straight to her royal boyfriend's Kensington Palace home. 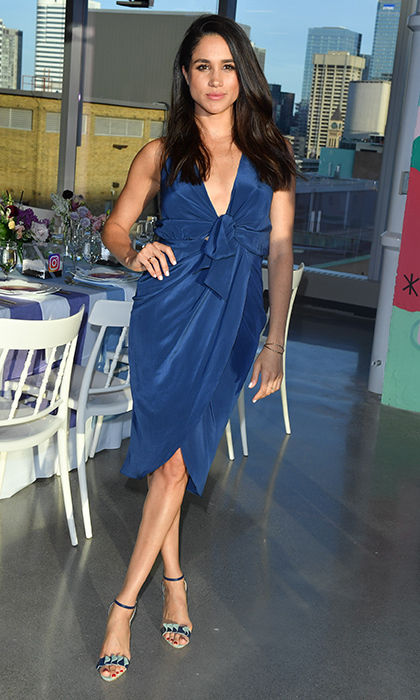 GALLERY: HARRY AND MEGHAN - A TIMELINE OF THEIR ROMANCE

The arrival wasn't entirely unexpected, though – HELLO! learned last month that the actress had requested time off from her TV drama from May 15 until May 22.

Pippa and her fiancé James Matthews are set to exchange vows at St Mark's Church in Englefield, followed by a reception at her family home in Bucklebury, where a large glass marquee was erected on Monday in the garden of the Middletons' Berkshire estate. Meghan and Harry will be in the company of the Duke and Duchess of Cambridge at the wedding, along with Prince George and Princess Charlotte, who are serving as a pageboy and flower girl respectively.

STORY: Prince Harry asked if he's happier with Meghan in his life – see his response!

Meghan's return to England comes less than two weeks after she and Queen Elizabeth's grandson, 32, attended their first public event together at the Audi Polo Challenge. A day later, she returned to the polo field to cheer on her Prince and his brother William – and while at the charity game, Meghan and Harry were photographed kissing in a parking lot. 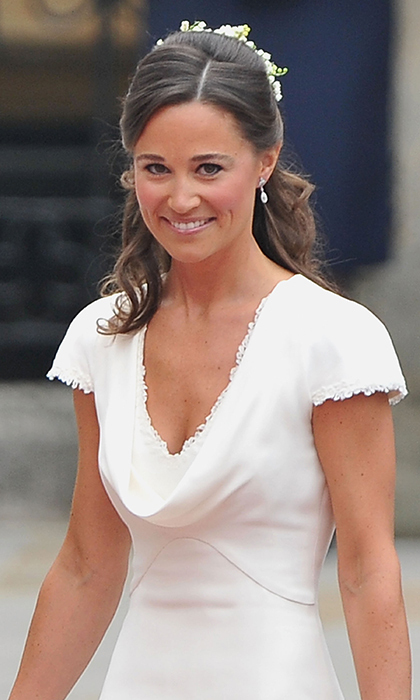 Also joining Pippa – above, at sister Kate Middleton's 2011 nuptials – on her big day will be the Duke and Duchess of Cambridge and their children George and Charlotte Photo: Getty Images


Meghan's presence at Pippa's upcoming wedding and the polo match signals that her relationship with Harry is getting more serious. The couple's love has seen them frequently crossing the Atlantic to see each other – the Prince is based in London while American-born Meghan lives in Toronto where she films Suits – since they began dating last summer.

MORE: EVERYTHING WE KNOW ABOUT PIPPA'S WEDDING SO FAR

Pippa's nuptials won't be the first time the couple has attended a wedding together. In March they were the perfect pair as they watched one of Prince Harry's closest friends, Tom 'Skippy' Inskip, walk down the aisle in Montego Bay, Jamaica.