Welcoming her second baby in style, Ciara threw a star-studded co-ed baby shower with her husband Russell Wilson. The L.A. gathering was held at a private home, boasting a fresh white-color theme and tons of flowers. Letting fans join in on the fun, the 31-year-old singer shared several stunning images from the party to her Instagram page. 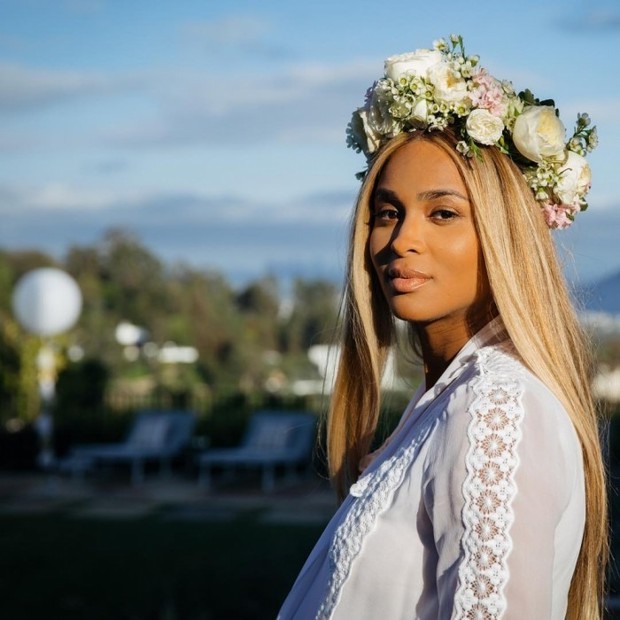 Ciara, who announced she was expecting her second child with an Instagram post back in October, was an ethereal beauty at her bash. As seen in her recent Instagram photos, the star looked gorgeous in a bohemian style white-laced dress. The only pops of color were on her crown, which had pale pink flowers strewn in. “#BabyWilson Baby Shower,” the entertainer wrote along with the glowing pic of her. “Loved My Flower Crown.” The portrait shows Ciara in minimal makeup and was taken by photographer Daniel Mogg. 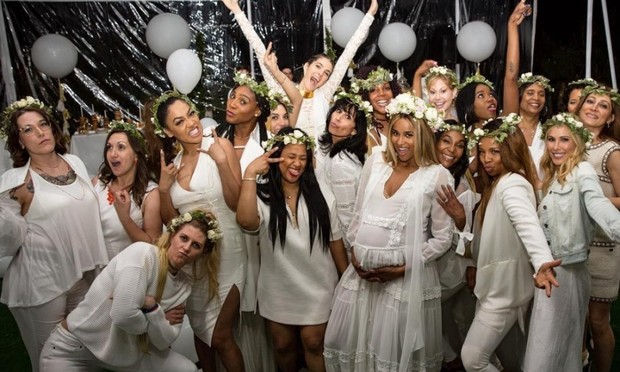 Ciara and her "girls" at the shower Photo: Instagram/@ciara

The “Love Sex Magic” singer also shared a cheerful photo of her and her “girls.” The guests looked like they were having a blast inside a tent that had been set up at the private L.A. home for the occasion. E! News shared a closer look at the interior of the tent and the night’s overall décor. The transparent tent held a glittering sea of white and gold, contrasting against the bright blue sky in the background. The tent appeared to have been illuminated by glitzy string lights and floating oversized balloons. A dining area was set up in a square shape, with white balloons filling the space in the center.

MORE: Ciara just landed a MAJOR beauty gig - find out what it is 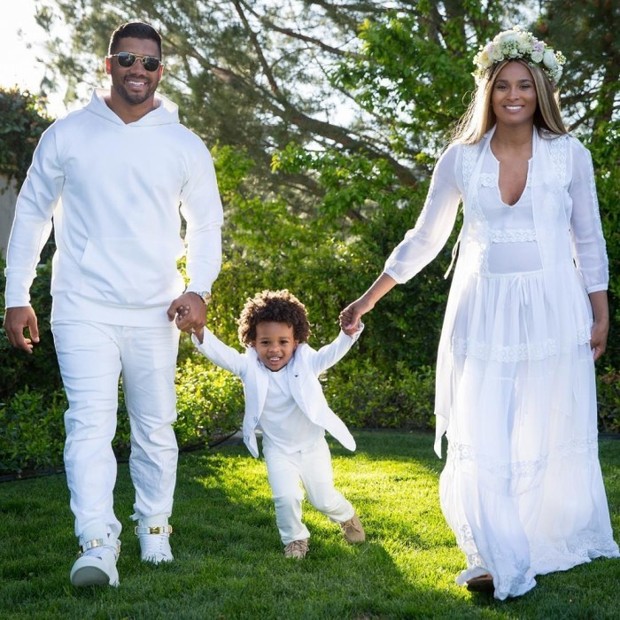 
As the final (and most-liked) post in the series, Ciara shared a heartwarming image of her with her husband Russell and her son Future Jr. She and the 28-year-old Seattle Seahawks quarterback were all smiles as they held onto the 2-year-old boy's hands. The youngster (who Ciara had with her ex Future) looked thrilled to be at the event. Ciara simply captioned the photo: “Thankful.” After one year of dating, Ciara and Russell tied the knot in July of 2016 with a lavish ceremony at Peckforton Castle. The couple had chosen to remain celibate until their wedding.