On Saturday, Billie Lourd shared a beautiful tribute to her late grandmother Debbie Reynolds in honor of her birthday. The day would have marked the Hollywood legend’s 85th celebration. Debbie tragically died last December just days after her daughter, and Billie's mother, Carrie Fisher passed away. 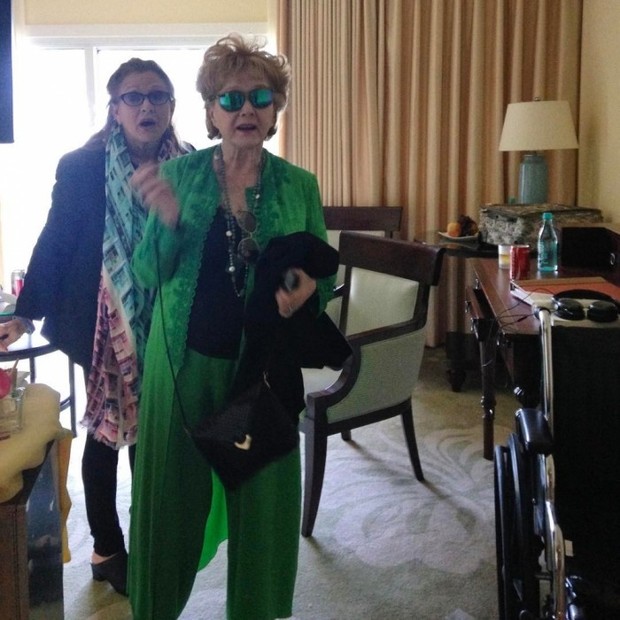 The 24-year-old Scream Queens star celebrated her grandmother on Instagram, sharing a candid photo of Debbie with Carrie. “Happy 85th to my constantly classily clad Abadaba,” Billie wrote along with a green lucky clover and heart emojis. The photo shows Billie’s mom and grandmother inside a hotel room looking surprised. Debbie is indeed “classily clad,” dawning emerald green pants and a matching duster. Billie’s "Abadaba" nickname for Debbie comes from her hit cover of the song "Aba Daba Honeymoon." The icon sang the tune with Carleton Carpenter for their 1950 film Two Weeks With Love.

MORE: Ryan Gosling pays tribute to Debbie Reynolds: ‘She was an inspiration’ 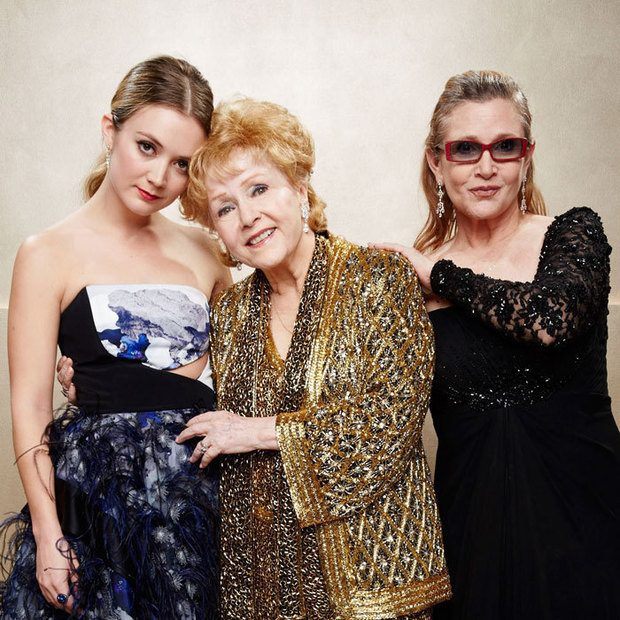 Debbie passed away on December 28, 2016 at the age of 84, after being rushed to the hospital for a suspected stroke. Debbie’s son Todd Fisher confirmed the news of his mother’s death, telling to the Associated Press: "She's now with Carrie and we're all heartbroken.” He noted that the stress of his sister's death was "too much" for his mom. Carrie had passed away merely a day before the Singing in the Rain star and four days after suffering a heart attack while on a flight from London to Los Angeles. 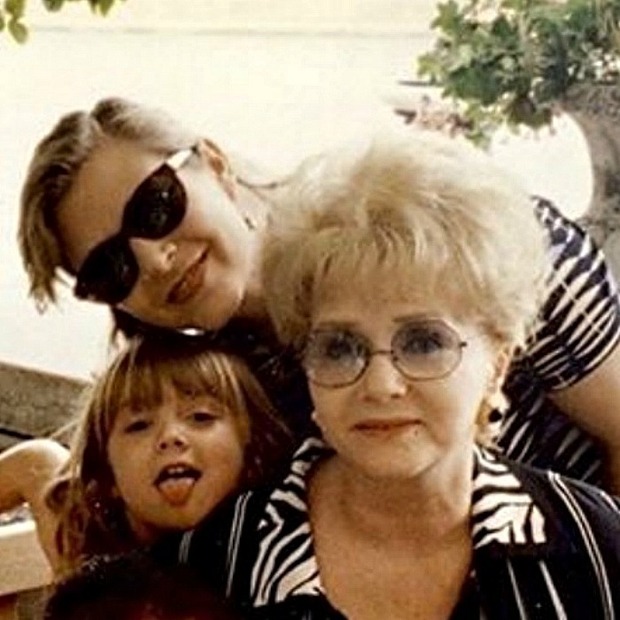 Billie shared a sweet throwback of the trio Photo: Instagram/@praisethelourd

Less than a week after losing both her beloved mother and grandmother, Billie shared a touching post on her Instagram. “Receiving all of your prayers and kind words over the past week has given me strength during a time I thought strength could not exist,” she wrote along with a throwback photo of the trio. “There are no words to express how much I will miss my Abadaba and my one and only Momby. Your love and support means the world to me.” 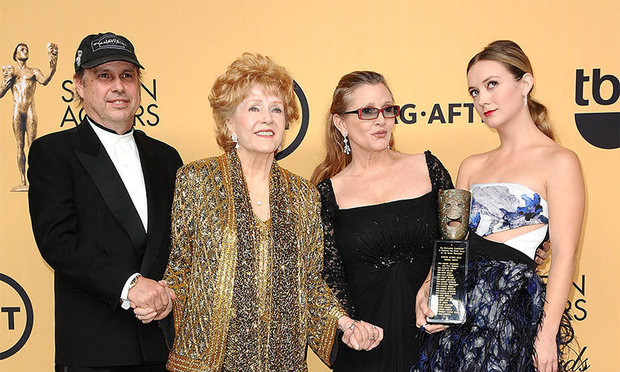 Debbie and Carrie were honored at a joint service Photo: Getty Images

Over a hundred people gathered to say goodbye to the famous mother and daughter at their memorial service at the Hollywood Hills' Forest Lawn Memorial Park back in January. Stars like Meryl Streep and Stephen Fry delivered eulogies, paying respects to the two entertainers who were buried together. Last Saturday, Debbie and Carrie were once again honored at a public memorial. Many of their family members and friends attended the service, including Star Wars droid R2-D2. "My mother didn't like memorials or funerals," Todd Fisher told the crowd. "She liked shows, parties...so this show was really time for you to be in our living room as if we were all a big family."