Mahershala Ali is having the week of his life! The Moonlight actor won the Academy Award for Best Supporting Actor for his role in the film, just days after he and his wife Amatus Sami-Karim welcomed their first child. The 43-year-old took the stage to thank his wife, who was noticeably and understandably absent. "Lastly, I want to thank my wife, who was in her third trimester during the awards season," Mahershala, who is the first Muslim actor to receive an Oscar said, "We just had a daughter four days ago." 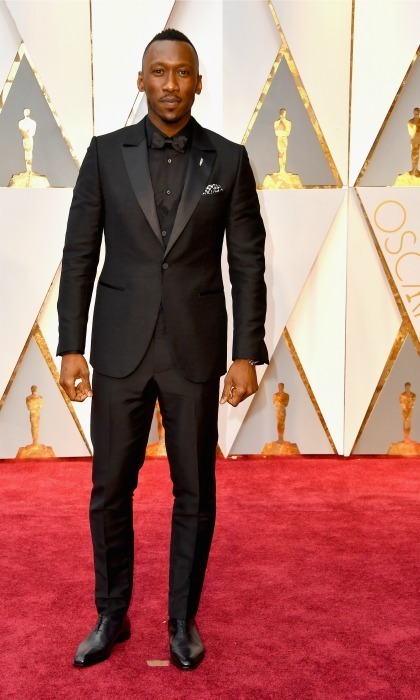 MORE: Mahershala and his wife welcome their first child

In front of the A-List audience, including his co-star Naomie Harris, the star also gave a special thank you to those who helped him on the road to his big win. “I had so many wonderful teachers. One thing that they consistently told me, 'that is wasn’t about you, it’s not about you, it’s about these characters.' You are in service to these stories and these characters, and I’m so blessed to have had an opportunity," he said. "It was about Juan, it was about Chiron, it was about Paula…Thank you Barry Jenkins…The rest of the cast, who did wonderful work, any one of them could be up here holding this trophy." Before the show, the blushing dad told E!'s Ryan Seacrest how he felt about his nomination and new arrival. “I’m a special kind of tired right now,” he shared on the carpet. “It’s amazing though. I’m very grateful … [she was born on the] 22nd and now we are here. She was running late and was supposed to be here the 13th so we started getting concerned but she is here and healthy."

The Academy Award-winning actor took to his Instagram to announce the special arrival of his little girl. "Bari (Bar-ee) Najma Ali 2/22/17 #pisces," he captioned the photo of his wife cradling the newborn. Before the night is over, Mahershala could take the stage again if the film takes home the Best Picture Award.