Tom Hanks and Rita Wilson are opening up about the most exciting chapter in their lives: being grandparents. "We're the cool grandparents," Rita told Entertainment Tonight, on Thursday at the An Unforgettable Evening, a gala fundraiser benefitting the Women's Cancer Research Fund in Los Angeles. "I think [we're] the most cool," Tom chimed in. The 60-year-old Hollywood stars are grandparents to three little girls, who admittedly keep them entertained during visits. 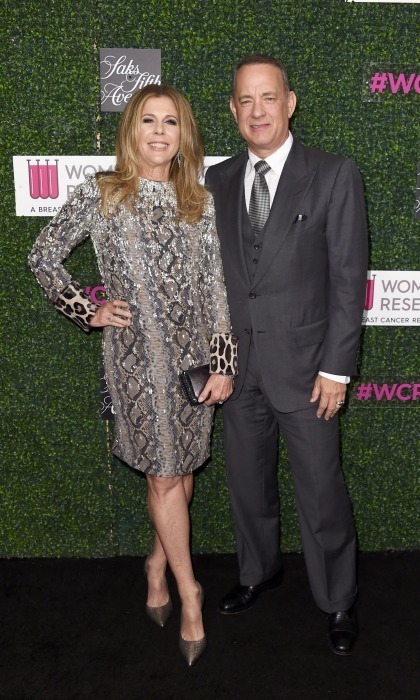 MORE: Tom is surprised that Rita still does out with him


"When you have grandkids, if you're with one of them -- or all three of them – look, there's no book, no radio, no TV," Tom shared. "You're going to be entertained by them every moment that you're there. Sit back and watch the show!" Unfortunately for the Toy Story star, who has been married to the actress since 1988, his granddaughters don't really feel the same way. "I think they just put up with us," Tom said. Rita added, "Sometimes they just look at us like, 'What?'" Tom's son Colin Hanks, 39, is the father of his two oldest grandchildren, six-year-old Olivia and three-year-old Charlotte. 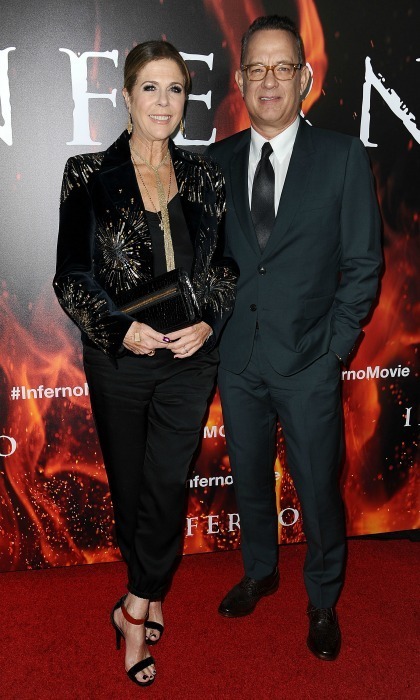 In December, Tom and Rita's 26-year-old son Chet revealed in an emotional Instagram post that he was the father of a little girl. "I want to share something today because it's about to be shared anyway in the press, which is the fact that I have a daughter," Chet said in the clip. "I do have a daughter, she's the best thing that’s ever happened to me, she's the reason why I turned my life around and got sober. I've been sober -- for over a year and a half -- from everything." He continued revealing his decision to keep his daughter off social media like his older brother. “She’s not something to be posted,” he explained. “She’s something that I love, that’s changed my life but the fact is she’s about to be shared with everybody so I wanted you to hear it from me.”