Kim Kardashian has a water baby on her hands. The reality star took to her website on Tuesday to share tender photos of herself and son Saint West from their recent family vacation in Costa Rica. The mother-son duo made a splash playing together in the tropical paradise during their winter getaway. While Kanye West’s son has already taken his first steps walking, it seems that Saint is now learning how to swim. 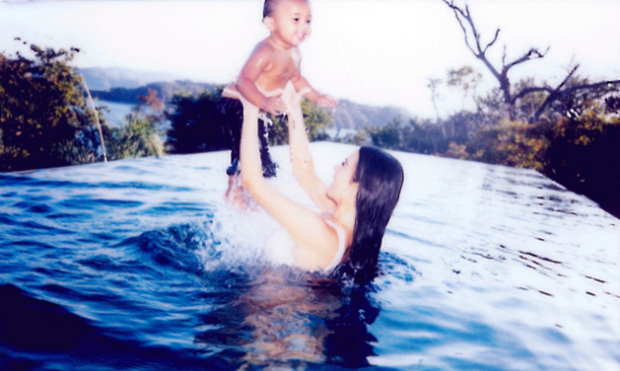 In one of the photos, the adorable one-year-old smiled as he was hoisted up in the air by Kim in an infinity pool. Another photo shows Saint fascinated by what appears to be an underwater camera (like mother, like son) as he and the TV star take a selfie. 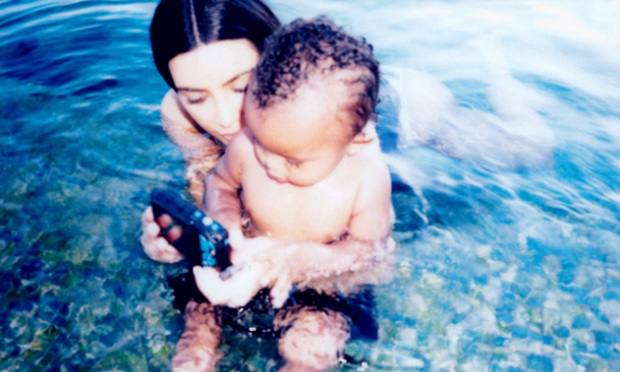 The famous family has since returned from their tropical holiday. Though the Keeping Up with the Kardashians star was "missing Costa Rica" on February 7, she also enjoyed quality time with her daughter North West. On Tuesday morning, Kim also posted multiple Snapchat videos of her three-year-old playing "hair salon" with her at home. 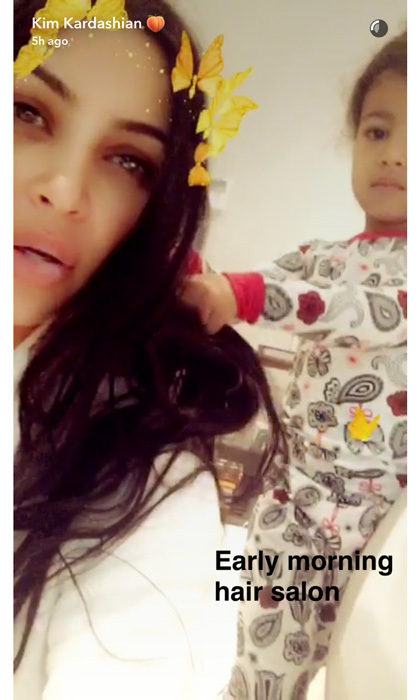 After giving her mother a makeover, the stylish toddler decided to redecorate her room by painting her dress-up table and her wall purple with nail polish. Snapping a video of the scene of the crime, Kim said, “I go downstairs to get something for her brother for two seconds and she paints her room purple, with nail polish.”


EVERYTHING WE KNOW ABOUT KIM'S PARIS ROBBERY

Since making her grand return to social media last month, the mom-of-two has returned to her old ways Snapping and Instagramming up a storm. Kris Jenner’s daughter took a three-month long hiatus and break from the spotlight following her terrifying robbery in Paris.