Tom Brady showed off a softer side when discussing his father, during a pre-Super Bowl press conference on Monday. The New England Patriots quarterback got emotional when a seven-year-old reporter asked him who he considers his hero. "I think that's a great question," the 39-year-old replied before becoming teary eyed. "I think my dad is my hero because he is someone I look up to everyday." 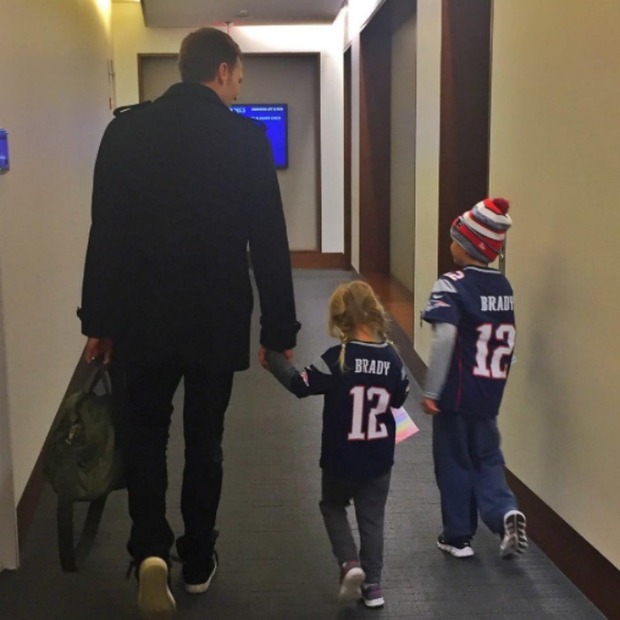 Gisele Bundchen's husband continued about his father Tom Brady Sr., who recently spoke out against the NFL's treatment toward his son for the 2015 "deflategate" incident, “He was always someone who supported me in everything I did. To come home at night and bring me out, hit my ground balls and fly balls – I loved baseball growing up."

Tom, who is a father himself to seven-year-old Benjamin and four-year-old Vivian, and nine-year-old John, he has with Bridget Moynahan, shared that his kids are loving and learning football, even noticing the value of some of their father's Atlanta Falcon rivals. 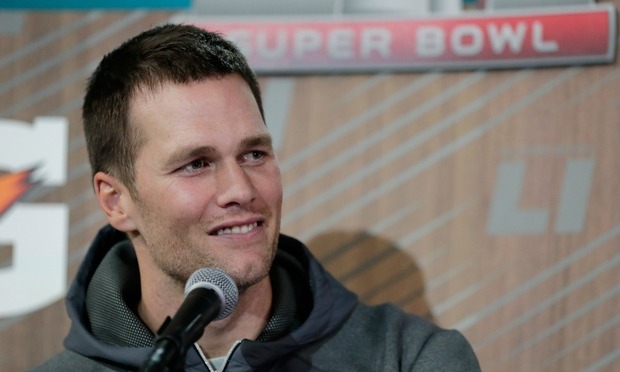 A LOOK AT THE NFL POWER COUPLES

“My oldest son, he really knows the game," he told ESPN. "He had Devonta Freeman on his fantasy team, so he knows how good he is." Tom will put his son and Devonta's skills to the test when the four-time Super Bowl champion and the Patriots see the Falcons during Sunday's Super Bowl game in Houston, Texas.

When it comes to the younger two children however, Tom appreciates that they are showing interest. “Benny is getting there, and my daughter wants to go to the games,” he shared. “They’re such a main focus now. It’s been great to be able to share it with them.”