The American soldier who danced with First Lady Melania Trump on Friday at the Salute to Our Armed Services Ball on inauguration night has opened up to Inside Edition about his conversation with President Donald Trump’s wife. "She [was] just saying hi to me, congratulating me for being selected,” 29-year-old Staff Sgt. Jose Medina recalled. “I just told her that she was beautiful and that she had a beautiful family, and she started smiling about that." 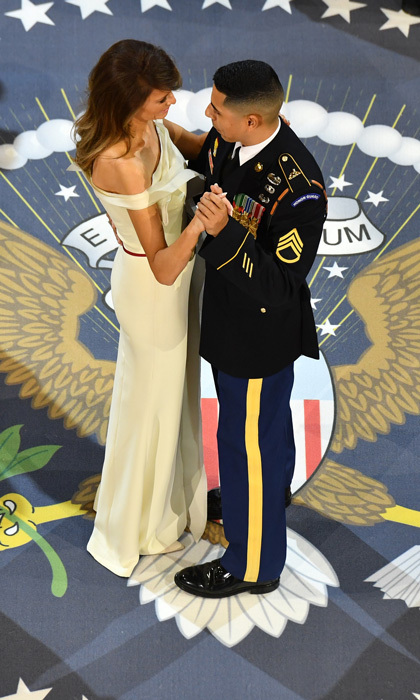 He added, ”She was just trying to get to know me. Behind the scenes, she wanted to talk to me more and take photos.”

ALL THE BEST PHOTOS FROM INAUGURATION WEEKEND

The Iraq and Afghanistan veteran, who said it was a "privilege and honor" to dance with the first lady, also revealed how the now-famous spin on the dance floor came about. "I just told her, 'Would you mind if I spin you?' and she said, 'Of course' and she smiled so I did it and then the crowd went crazy." 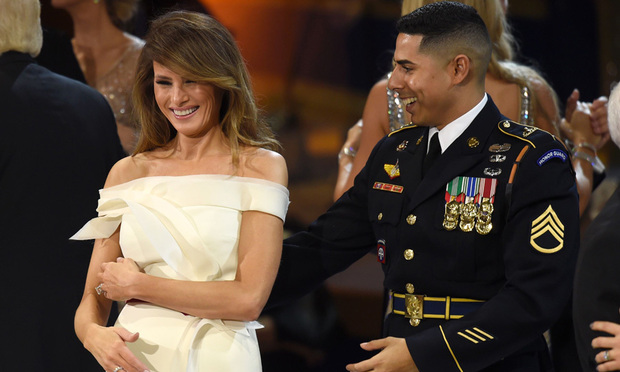 Staff Sgt Media said the first lady seemed 'nervous'. 'I don't think she was ready for all of that attention' Photo: Getty Images

INAUGURATION FASHION FILES: ALL THE LOOKS

While the pair made showed off their fancy footwork at the inaugural ball, Jose thought that Melania, 46, seemed "nervous". "I don't think she was ready for all of that attention," he noted.

All in all the experience was an “incredible” one for the young soldier. Jose said, “Obviously it was a great privilege and honor to get the chance to dance with the first lady.” 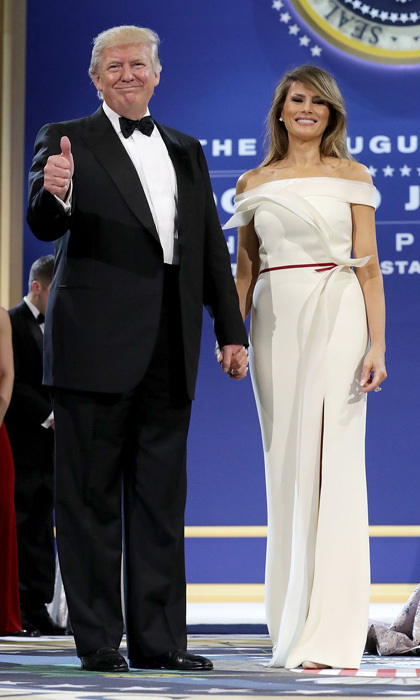 Melania stunned at the January 20 event donning a sleek off-the-shoulder vanilla crepe gown that featured a slit. The elegant design was a collaboration between the first lady and Hervé Pierre, the former creative director of Carolina Herrera.

After the 46-year-old stepped out in the sophisticated number, Hervé released a statement saying, “It’s an honor to dress the First Lady.” “She knows what she likes," the designer added. "Our conversations were, and are, very easy. She knows about fashion, as a former model. She is aware about constructions, so we have already the same vocabulary when it comes to designing a dress.”