It's time to officially turn over the house! In line with tradition, President Obama and First Lady Michelle Obama welcomed President-elect Donald Trump and incoming First Lady Melania Trump into the White House Friday morning. Just hours before he is set to be sworn in as Commander-in-Chief, Donald and his wife Melania were welcomed on the steps of 1600 Pennsylvania Ave by POTUS and Michelle, before heading in for tea and coffee. 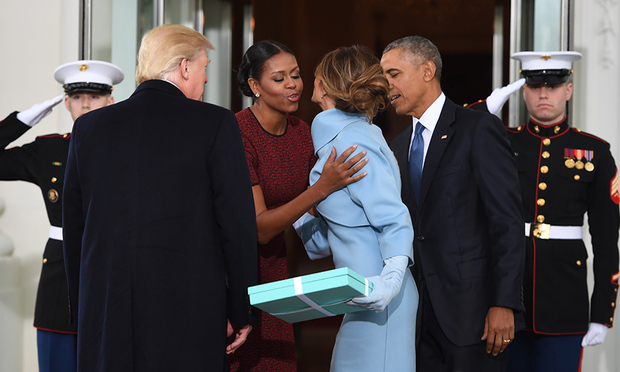 EVERYTHING WE KNOW ABOUT INAUGURATION DAY

The two men exchanged welcomes as Barack was heard saying, "How are you? Good to see you. Congratulations." The two stylish First Ladies shared a moment, as Michelle noticed that Melania brought a blue and white Tiffany & Co. box, wrapped with a satin ribbon, and exclaimed, "You brought me a gift!"

Before Melania, who wore a custom powder blue dress by Ralph Lauren, could hand it over, Barack took it and quipped, "I'll take care of the protocol here", taking the box a slipping it out of the way of the photo op. 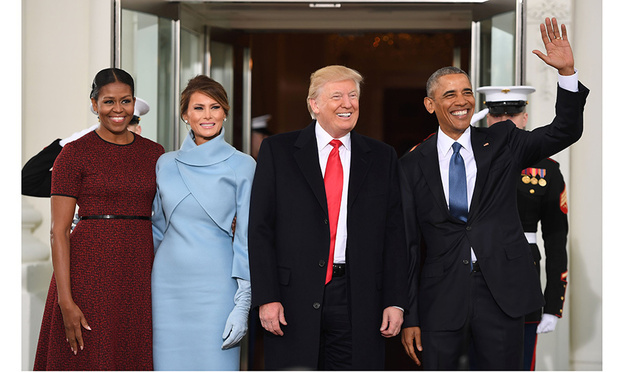 The first couples had tea and coffee ahead of the swearing in ceremony Photo: Getty Images

HIGHLIGHTS FROM DAY ONE OF THE INAUGURATION ACTIVITIES

The two couples posed for the press before heading inside.

In true Inauguration Day fashion, the incoming and outgoing first couples then rode together to the Capital Building, where the official ceremony is taking place. 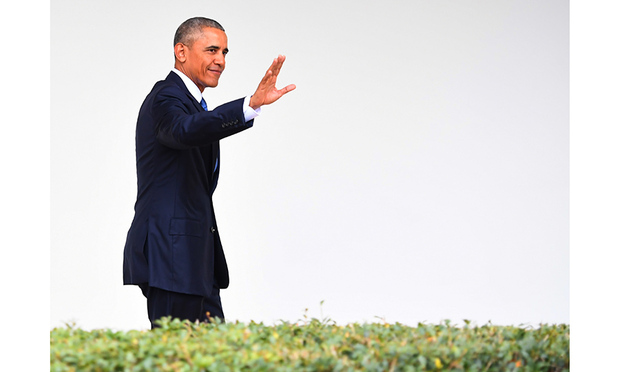 President Obama left a note to the incoming Commander-in-Chief in the Oval Office Photo: Getty Images

THE TRUMP WOMEN AND THEIR PRE-INAUGURATION DINNER STYLE

While the Trumps took in church service at St. Johns church Friday morning, President Obama was seen placing his note to the incoming president on the desk inside of the Oval Office in one of his final White House moments.

As a White House parting gift, the soon-to-be former president and First Lady were also presented with flags that flew on the first and last day of his presidency as he officially transitioned from a head of state to a private citizen.