Kim Kardashian has broken her silence three months after her robbery in Paris. In a promo for the upcoming season of Keeping Up With the Kardashians, the reality star opened up to her sisters about the terrifying incident.

Watch the promo below

"They're going to shoot me in the back," the mom-of-two tearfully recalled to Khloe and Kourtney Kardashian. "There's no way out. It makes me so upset to think about it." 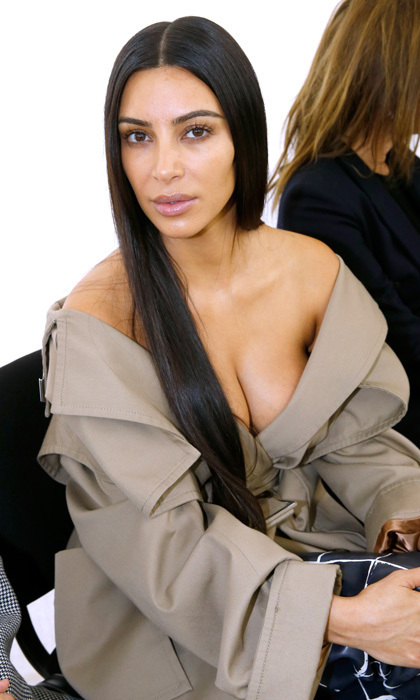 The 36-year-old was bound, gagged and held up at gunpoint back in October, while she was in town for Paris Fashion Week. Not long after Kim’s robbery, Kanye West was hospitalized for exhaustion and sleep deprivation. Cameras captured the TV star’s reaction to her husband’s hospitalization.

EVERYTHING WE KNOW ABOUT KIM'S PARIS ROBBERY

In the newly released teaser, North West ’s mom cried on the phone saying, "Don't scare me, please. What's going on?" She later said, "I think he really needs me, and I have to get home."

“We’re so close,” Kim noted in another clip. “We feel each other’s pain.” Earlier this week, Kanye’s wife resurfaced on social media after a three-month hiatus following her robbery. Kim, who was recently plaged by divorce rumors, made her grand return sharing a photo of herself with her husband and kids, simply captioned, “Family.”

That same day the media mogul also shared an intimate video of her family that featured footage of her brood from the last year, including months she kept out of the spotlight. The tender video, which is set to Jeremih's popular song Paradise, showed sweet parenting moments between the couple and their young kids. Other footage included North at her dad’s Yeezy show and Saint’s first steps.

WATCH THE 'KUWTK' TRAILER BELOW