Matthew McConaughey only has eyes for wife Camila Alves. The Oscar-winning actor revealed to Playboy that he has been under the Brazilian beauty’s “spell” since meeting in 2006.

“I had a time in my life when I was fine going from here to there, bam-bam-bam—healthy, fluent, single years,” Matthew admitted. “When I saw the woman who is now my wife, I was at a club making margaritas at my table with friends. When she walked in wearing this aqua dress, I went, ‘Whoa, what is that?’” 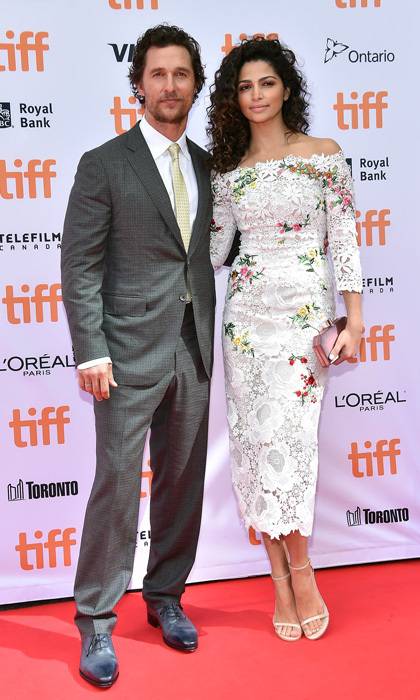 “I didn’t say, ‘Who is that?” Grace, identity, constitution, beauty—where’s that from? What is that?’ As soon as she caught my eye, a little voice goes in my head: ‘This is not the kind of woman you call across the room. Boy, get your a— out of that chair.’ That was a big moment,” he continued. “You can’t dial up that kind of woman. I have been very faithful with my wife, very selfishly. I like being under her spell. I don’t want to break that spell.”

DECLARATIONS OF LOVE FROM HOLLYWOOD COUPLES

Six years after their meeting, the pair tied the knot in 2012. Since then Matthew and Camila have welcomed daughter Vida, six, and sons Levi, eight and Livingston, three, together

The Gold actor, 47, praised his wife, while sharing an update on their children during an appearance on the Ellen DeGeneres Show, Wednesday, December 14. “We’ve got three healthy kids," Matthew said. “Wife doesn’t want to change me that’s a hell of a deal. I don’t want to change her. We respect each other and we’re doing the best we can.” 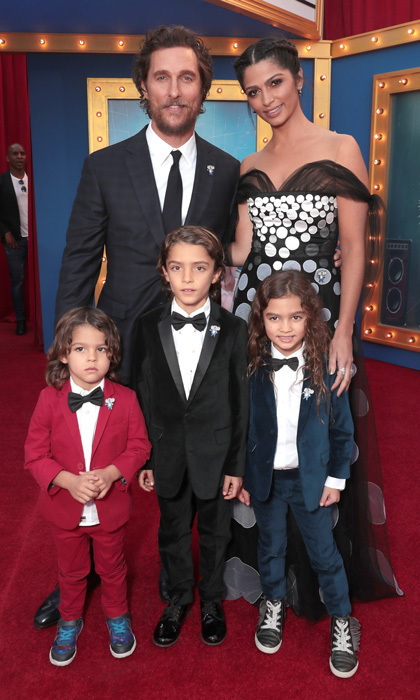 With the holidays quickly approaching, the dad-of-three revealed that his kids have already written their Santa letters and there is one particular, repeat-request from Vida that has posed a challenge for both him and Santa. Matthew explained, “One of my children wants a unicorn. She’s been wanting a unicorn each Christmas and I haven’t been able to find it yet, but I’m still looking. So that’s not the easiest purchase. We’ll see if we can find it this year.”

While the Hollywood star’s well-behaved daughter is on the nice list, the doting dad revealed that one of his sons is “heavily, heavily on the naughty list" — though he tries to work his way to the nice list.

“December, around this time it’s funny how they really seem to go on double time to get on the good list. It’s kind of like employees when it’s bonus time,” Matthew said. “He’s working his way, but he’s in the debit section. He’s on the naughty list — He’s a hand man. We’re working that one out. He’ll be fine.”